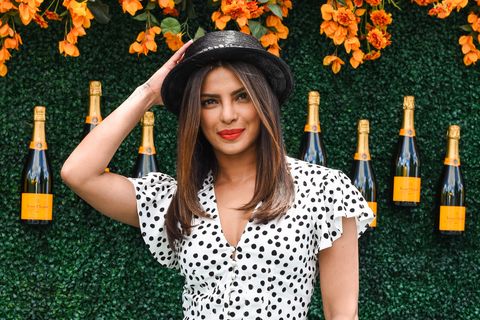 As the show arrives on screens for its final season, Priyanka Chopra is paying tribute to her Quantico character, Alex Parrish, in emotional posts on Twitter and on Instagram. The heartfelt message described how the role has brought huge challenges for the actress, but that she hopes to have “cracked the door open” for women of color to land more major parts on television.

Writing to her 22.9 million followers, Priyanka explained that, creatively, it felt right to let go of Alex. She wrote: “As the season ends, I am saying goodbye to Alex Parrish. As you’ll see, her story will come full circle...and that is the best feeling as an actor.”

She went on to say that being cast in Quantico held even more significance than just being a big gig. “Bringing Alex to life has challenged me physically and emotionally, but even more significant it has (I hope) cracked the door open for female talent and women of color to play leading ladies,” Priyanka said.

On a personal note, the actress added: “Thank you for opening your homes and hearts to me every week! Thank you to the cast and crew of #Quantico for being such an amazing team to work with, for all the memories that I will cherish...memories of laughter, of learning new things, of making friends for life. It was a pleasure working with each and every one of you, and I look forward to crossing paths again!”

One fan neatly summed up Priyanka’s understated achievement in response, tweeting: ”Thank you @priyankachopra for representing us brown girls on American television, it was time that someone played a powerful and badass role. We were all so tired of seeing the same stereotypical roles, but you came and changed the game with Alex Parrish.”

Thank you @priyankachopra for representing us brown girls on American television, it was time that someone played a powerful and badass role 👏🏽❤️ We were all so tired of seeing the same stereotypical roles, but you came and changed the game with Alex Parrish. #Quantico pic.twitter.com/NWid4xp05p

Quantico was cancelled by ABC back in May, leaving the show’s third season to become the last, with the series finale airing last weekend on August 3. Luckily, her recent engagement news probably means that Priyanka is more than looking forward to the future. 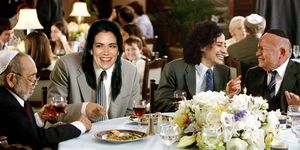 Iconic Men's Roles That Would Be Better with Women
Lucy Wood Contributor Lucy Wood spends most of her time writing about celebby things, reading books, and waiting for the glorious day that she have enough millions for a pet sloth.
This content is created and maintained by a third party, and imported onto this page to help users provide their email addresses. You may be able to find more information about this and similar content at piano.io
Advertisement - Continue Reading Below
More From Celebrity
J.Lo and A-Rod Are "Completely Back On"
Chrissy Shared the Cutest Photo of Luna and Miles
Advertisement - Continue Reading Below
Gaga Stuns in a Wedding Dress for 'House of Gucci'
Prince Harry Is Quarantining at Frogmore Cottage
Meghan Markle Expresses Sympathies to the Queen
Prince Harry Remembers Prince Philip
Prince William Statement on Prince Philip's Death
Meghan and Harry Are Facing Security Threats
Selena Gomez Is Drenched in Fake Blood on Set
Amanda Seyfried Talked About Having Panic Attacks