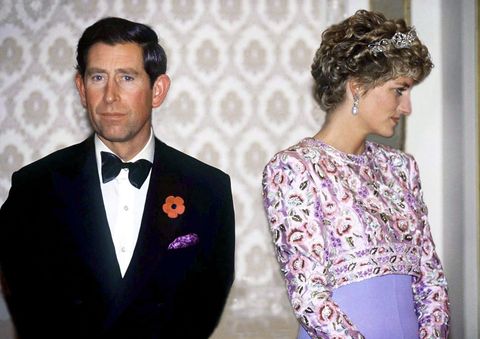 Sometimes love doesn't last and relationships end. It's a pretty normal (if sad) part of life. But, when you're royal, even the normal parts of your life are examined and debated, sometimes for decades after they happen. Case in point: Prince Charles and Princess Diana's relationship and eventual separation and split, which still fascinates royal fans today, more than 20 years after the ink dried on the divorce documents.

Hindsight is 20/20, so it's easy to say, "Oh, it was so obvious things weren't going to work out" now, but what about back in the day? Back when the cracks in the relationship were growing and breaking apart Charles and Diana's love? Turns out, it was pretty clear back then, too—at least to people who spent a lot of time watching the couple.

Outside of the actual royal family and their aides and bodyguards, the people who probably spend the most time looking at royals are royal photographers, who spend their careers documenting the family's lives and travels. In a resurfaced interview, royal photographer Arthur Edwards, who photographed the royals for 44 years, talked about his experiences following the family—and getting a front row seat to watch the breakdown of Charles and Diana's marriage, according to Express.

Edwards said he knew during Charles and Diana's final tour, to Korea in 1992, that divorce was inevitable, describing them as "miserable" together and saying that "no one was surprised" when their plan to divorce was announced a month later.

"It was only when we went to Korea, the last tour, when you knew it was all over then because they couldn’t bear to be in each other’s company. It was so miserable," Edwards said. "The tour was called the Glums' tour, and that was so miserable. And a month later the Prime Minister announced in the House of Commons, and I suppose no one was then surprised, we watched them in Korea."

It was during this trip that an iconic "Charles and Diana low-key hating each other" picture was taken. You've probably seen it before:

Diana was also snapped looking generally unhappy throughout the trip:

So, yeah, it seems accurate that the people taking these pictures could tell there was trouble in paradise. 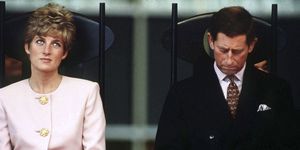 Finally, More Details About Season 2 of 'Feud'
Report: Prince Charles Never Wanted to Marry Diana
Kayleigh Roberts Contributor Kayleigh Roberts is the weekend editor at Marie Claire, covering celebrity and entertainment news, from actual royals like Kate Middleton and Meghan Markle to Hollywood royalty, like Katie Holmes and Chrissy Teigen.
This content is created and maintained by a third party, and imported onto this page to help users provide their email addresses. You may be able to find more information about this and similar content at piano.io
Advertisement - Continue Reading Below
More From The Ultimate Guide to the Royal Family
Kate's Kids Want Her to Stop Taking Their Pictures
Kate Wore a Pearl Bracelet That Used to Be Diana's
Advertisement - Continue Reading Below
Harry's HRH Title Was Removed from a Diana Display
Harry and Meghan Are Trying to Keep the Peace
Films That Pull Back the Curtain on Royal Life
Harry Was Left to Suffer After Diana's Death
How Queen Elizabeth II Got the Nickname Lilibet
What Charlotte and Lilibet's Names Have in Common
Royal Family Reacts to Sussex Birth Announcement
The Meaning Behind the Royal Family Member's Names