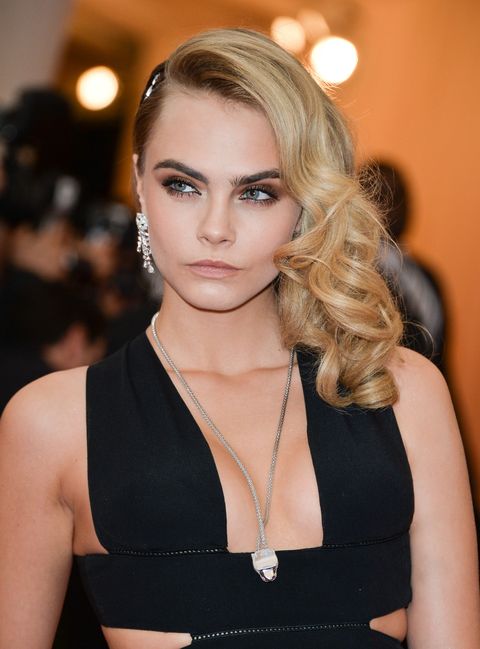 She might be an haute couture model with a pedigree as long as your femur, but Cara Delevingne has proven she can wear a tailed onesie and eat Mickey D.'s with the best of them—which is why she's perfect for a movie about Occupy Wall Street. Will she protest with other disgruntled students in Zuccotti Park? Or will she play a Mulberry-bag-toting socialite who becomes disenchanted with her cushy one-percenter life?

The Paper Towns actresswill star in Prime Mover, which sounds like a Transformers prequel about enterprising alien-robot youth who start the extraterrestrial version of U-Haul. Producer Elizabeth Jagger hasn't given any more details about the film, but she does say in Love magazine that scheduling Cara is "really stressful!"

We can imagine—between the cover shoots and running into Harry Styles and starting a band with Kendall Jenner, when is she supposed to find time to practice pitching a tent, let alone breathe?