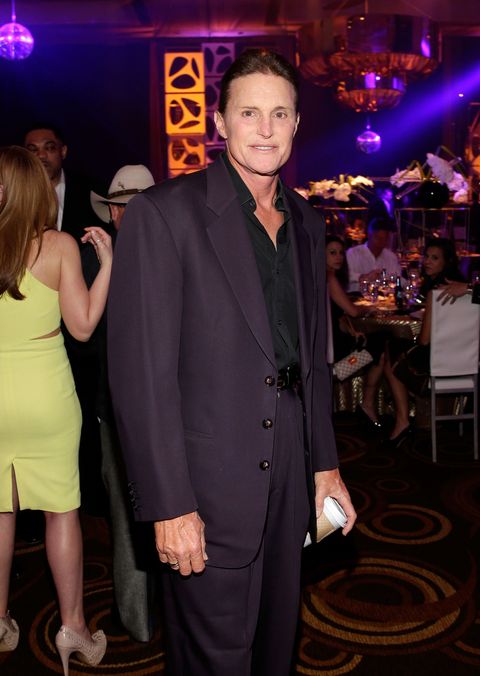 Bruce Jenner is livid, and rightfully so: Both the New York Daily News and CNN published photos of him* wearing a dress inside his own home, which, according to Us Weekly, were shot using a telescopic lens from as far as a mile away. Use of those lenses to capture images of people engaged in "personal or familial activity" in California is illegal—and he's threatening to sue.

Jenner's spokesperson told Page Six that media outlets pulled the photos after they were found to be illegally obtained, while the star's lawyer, Marty Singer, added: "The photos were clearly unlawfully taken from a very long distance using an enhancement device. Bruce Jenner is going to enforce his right to privacy."

This comes after Jenner opened up in an interview with Diane Sawyer about transitioning into a woman. He revealed that he wears women's clothing at his home, and showed her the chic black dress he'd be wearing to a private dinner with her. Sawyer later said in a voice-over: "And by the way, that night [at dinner], she looked great and really happy."

*Editor's note: Marie Claire wishes to be sensitive to and supportive of Jenner's transition. During Jenner's ABC interview Friday, Sawyer stated that he prefers to use male pronouns as they're what's most comfortable for him at this time.

The Flood of Celebrity Support for Bruce Jenner Is Moving, Will Make You Cry

Samantha Leal Senior Web Editor I'm Sam, the senior editor at MarieClaire.com.
This content is created and maintained by a third party, and imported onto this page to help users provide their email addresses. You may be able to find more information about this and similar content at piano.io
Advertisement - Continue Reading Below
More From Celebrity
The Palace Just Shared Prince Louis Birthday Pic
Meghan and Harry Talked Every Day During UK Trip
Advertisement - Continue Reading Below
J.Lo Wishes A-Rod's Daughter a Happy Birthday
Irina Shayk Shared a Rare Photo of Her Daughter
John Travolta Talked Dancing With Princess Diana
Meghan Markle and Archie Speak to the Queen
Who Is Alexandria Ocasio-Cortez's Partner?
Did Charles, Harry, and William Mend Relationship?
The Kardashians' Most Body-Confident Nude Shoots
Chrissy Teigen + Meghan Markle Spoke About Loss