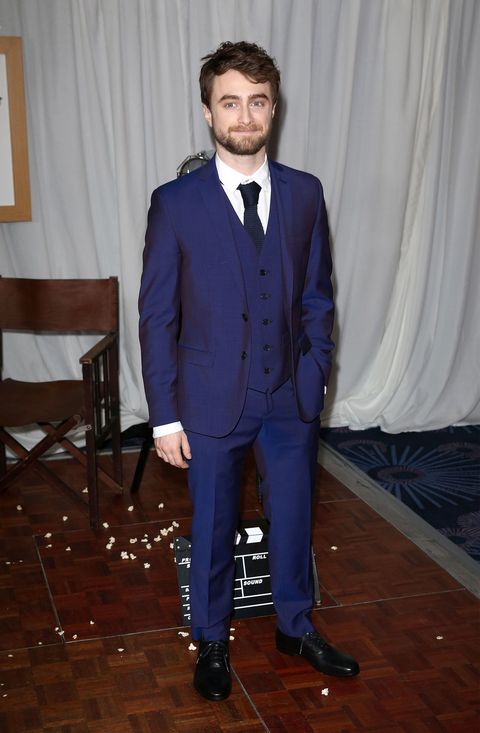 Original post, 7/13: If Daniel Radcliffe's butt could talk, it would probably say that it would like to thank the British people for all their support and that, even if American and Canadian butts were allowed to compete, it still would have emerged victorious because it is clearly the most superior celebrity man-butt in the world.

Beating out Jamie Dornan's and Andy Murray's posteriors, Radcliffe's perky hindquarters came from behind to snag the Rear of the Year Award, a 40-year-old honor given to the UK's top bottoms. But even now that Danny Jr. has taken top prize, Danny Sr. is not content to rest on his laurels.

"I've been campaigning for years," Radcliffe said to E! News at Comic-Con, where he was promoting the horror thriller Victor Frankenstein (in theaters Nov. 25). "It's a thing we do it in England. You don't do it in America, because I was going to say, if you don't do it here in America, maybe my award counts kind of globally."

Original post, 7/7: John Legend's ass will not be outdone by some Canadian twerp-butt.

On a more serious note, Teigen's tag seems to be a subtle dig at Instagram, which recently took down a photo in which her nipple was exposed, prompting her to filter/effect the living daylights out of that same photo, which were all subsequently removed. Nothing like man butt with a side of pointing out double standards, eh? Good on you, Teigs.

Original post, 7/7: Justin Bieber's Instagram is full of questionable things, at best. There are quotes attributed to himself. There are cashiers from Target. There are countless selfies. And now, there is the Biebs' backside.

After crashing a wedding and expressing his hatred of sharks, in particular the one that bit his friend (not pictured: medical attention), the logical thing for Justin to do was to give the world a view of his butt on top of a boat. (It makes sense if you don't think about it too hard.)

Naturally, after a normal amount of teenage girl freakouts and so many tags in the comment section, the memes started pouring in.

HAHAHA OUR FANDOM IS THE BEST #turnaroundjustin

Even Miley Cyrus got in on the action.

So yep, this happened. You're welcome/we're sorry.