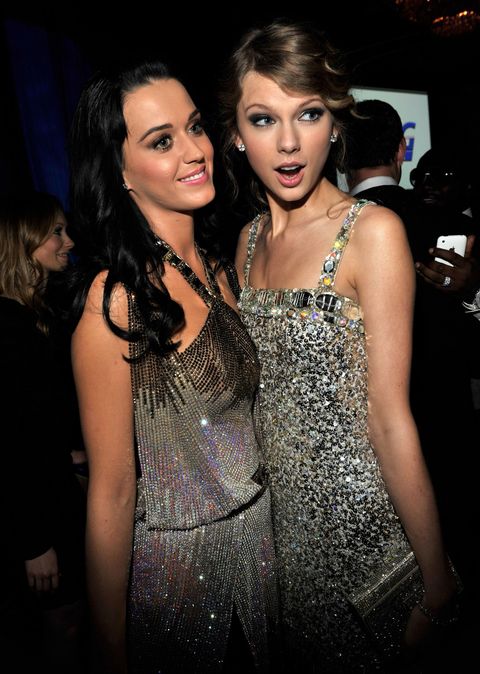 But aside from Vin Diesel and Judge Judy's tie (at $47 million), the biggest upset has to be how accidental phone-number giver Katy Perry beat out Beyoncé and Taylor Swift combined. As in together! The math: Tay Tay brought in $80 million after she decamped from Spotify for Apple Music, while Tidal loyalist Bey made $54.5 million. That comes out to $134.5 million, $500,000 short of Katy's yield.

There's a whole article on all the shows she's played and albums she's sold, but honestly, I think Left Shark deserves a bit more credit.

Chelsea Peng I'm Chelsea Peng, the assistant editor at MarieClaire.com.
This content is created and maintained by a third party, and imported onto this page to help users provide their email addresses. You may be able to find more information about this and similar content at piano.io
Advertisement - Continue Reading Below
More From Celebrity
Kate Middleton Wears an Oversized Barbour Jacket
J.Lo's New Song "In the Morning" Is Sexy AF
Advertisement - Continue Reading Below
The Queen Has Launched Her Own Gin
How Celebs Are Celebrating Thanksgiving This Year
Harry and Meghan Can't Comment on 'The Crown'
Charles & Will Supported Harry After Miscarriage
All the Black Friday Sales Royal Fans Need to Shop
Meghan's Mom Is Helping Her Heal After Miscarriage
Celebs Reveal Their Worst On-Screen Kisses
Duchess Kate Looks Stunning in a Pink Suit