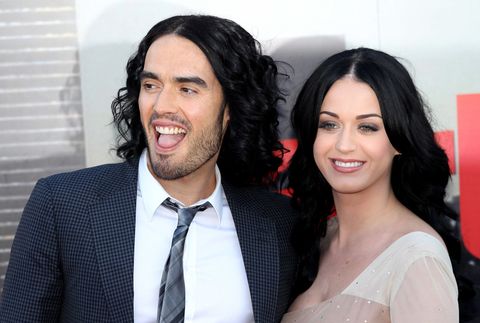 The comedian opened up while filming the documentary, Brand: A Second Coming, saying that he found Perry to be vapid and mindless. He realized their lifestyles weren't compatible while doing charitable work in Africa.

To be fair(ish), Brand's quotes were filmed during the end of his marriage, and he reportedly isn't thrilled about the documentary. Meanwhile, Perry has taken a decidedly more mature approach to the situation: She spoke about her ex-husband to Vogue in 2013, saying "Let's just say I haven't heard from him since he texted me saying he was divorcing me December 31, 2011."

Not to be overtly team Katy Perry, but 👀.