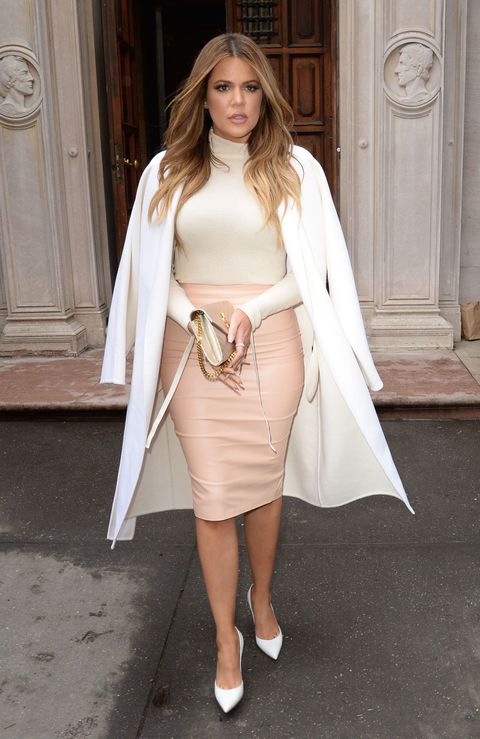 Much like Scully and Mulder before her, Khloé Kardashian believes in aliens. The reality star is one of many Southern California dwellers who saw UFO-like shapes in the sky on Saturday night, which the government claims were a missile test. (If "missile test" is code for 👽, sure)

Despite things like #science, Khloé took it to Twitter with her thoughts on extraterrestrials, showing off an impressive array of alien-themed hashtags. She even got her younger sister, supermodel Kendall Jenner, involved.

UFOs are real!!! Tripping out https://t.co/M2CK9GPCwm

Khloé went on to say "the government doesn't want to admit that we are not alone," and seemed unimpressed by the whole "naval test fire" explanation:

"No further details" yeah ok..... Thanks that's because #WeAreNotAlone #AdmitIt

This is vaguely reminiscent of Kylie Jenner tweeting about "chemtrails" back in May, right? Relive that good time below:

@robfee I'd do it. Ctrails to me are the easiest of all the things going on in the world for my followers to understand

Mehera Bonner Contributor Mehera Bonner is a news writer who focuses on celebrities and royals—follow her on Instagram.
Advertisement - Continue Reading Below
More From Celebrity
Khloé Kardashian Is Being Trolled Over Febreze
Katie Holmes Is in Head-to-Toe Chloé at Their Show
Advertisement - Continue Reading Below
A 'Friends' Reunion Special Is Coming to HBO Max
Ariel Winter Now Has Strawberry Blonde Hair
46 Stars Who Dated Before They Were Famous
Every Easter Egg in Taylor Swift's 'The Man' Video
Kate Middleton Does Some Sports in $38 Sneakers
Sarah Hyland Defends Ariel Winter’s Dress on Insta
Prince Harry Wants to Go by Just "Harry" Now
Ashley Graham Talked Breast Pumping in an Uber