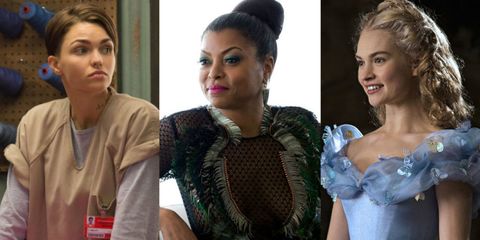 Google is the perfect place to go if you can't figure out who that person on that show is, but you *must* know more about her. The search engine knows all about your random celebrity searches and included them in their year-end roundup, which they determined by tracking "trending" searches for actresses that spiked this year relative to 2014.

The top trending actress was Ruby Rose, who played Stella on the latest season of Orange Is the New Black and also raised awareness about gender fluidity. Another actress on the list got the Internet's attention for her dance moves this year: Alyson Stoner first became known as the little girl dancing in Missy Elliot's video for "Work It," and she released a tribute video this year that went viral.

Take a look at Google's most popular actresses and the scenes that show why they deserve all that attention.