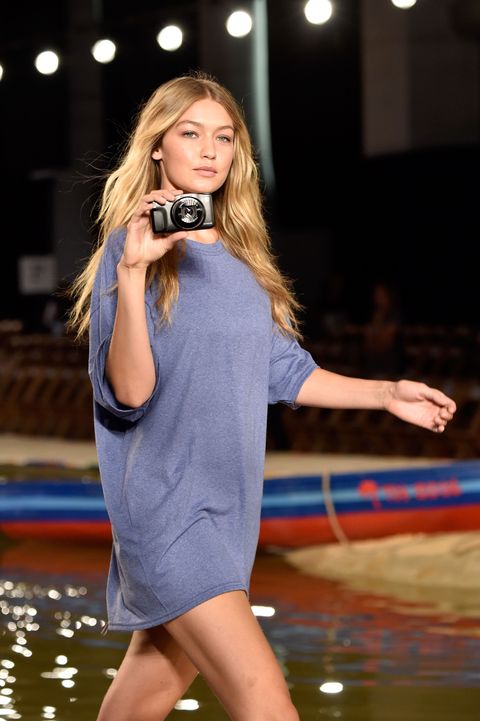 In case you had any doubt that Gigi Hadid and Zayn Malik are dating (perhaps you live in a world where Zayn is dating you, and that's fine), his face is currently her iPhone screensaver.

Gigi was spotted in Paris on Tuesday, and while Zayn wasn't with her in person, his giant face was illuminated on her phone as she strolled through Paris' Charles de Gaulle airport.

Gigi and Zayn haven't commented publicly on their relationship, but is lock-screening an enormous photo of your boyfriend the cool girl equivalent of making it official? Probably.