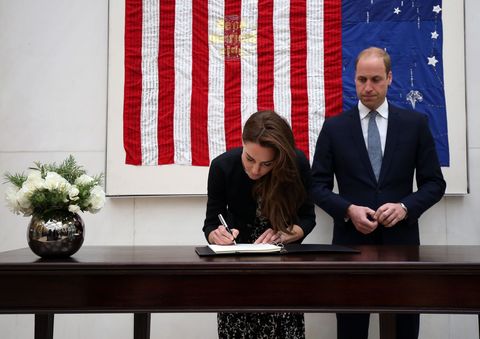 Prince William and Kate Middleton joined mourners across the world following Sunday's heartbreaking attack on Orlando's LGBTQA community. The royal couple visited the U.S. embassy on Tuesday, signing their names in a book of condolence.

The couple's message was simple but poignant, reading: "With our deepest condolences, and with our thoughts and prayers to all those affected."

In addition to Kate and Will, the entire United Kingdom has delivered a huge show of support following the mass shooting at Pulse nightclub, with vigils held around the country. London's City Hall lowered a pride flag to half mast, while thousands gathered in Soho where the London Gay Men's Chorus sang "Bridge Over Troubled Water."