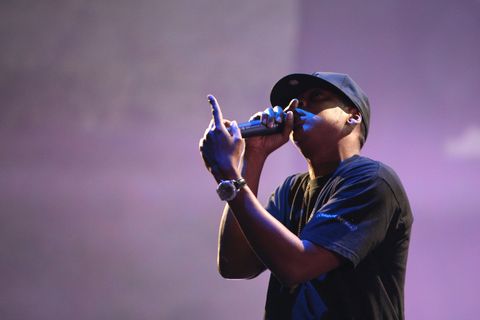 Alton Sterling and Philando Castile are the latest names in a long list of black men and women who are victims of police brutality, and it's time for us to demand change. Easier said than done, but celebrities have something the rest of us don't: giant platforms.

Many celebs have spoken out about Sterling and Castile's deaths, but Jay Z just took things a step further and debuted a protest song on Tidal. The rapper was actually encouraged to release the new track (called "spiritual") when Mike Brown died, and the devastating reason he didn't? He knew Brown's death wouldn't be the last.

"I'm saddened and disappointed in THIS America—we should be further along," Jay Z writes in the below tweet. "WE ARE NOT. I trust God and know everything that happens is for our greatest good, but man ... it's tough right now."

Listen to the song below for some pretty powerful lyrics, including "I am not poison, just a boy from the hood that got my hands in the air with despair, don't shoot, I just wanna do good."