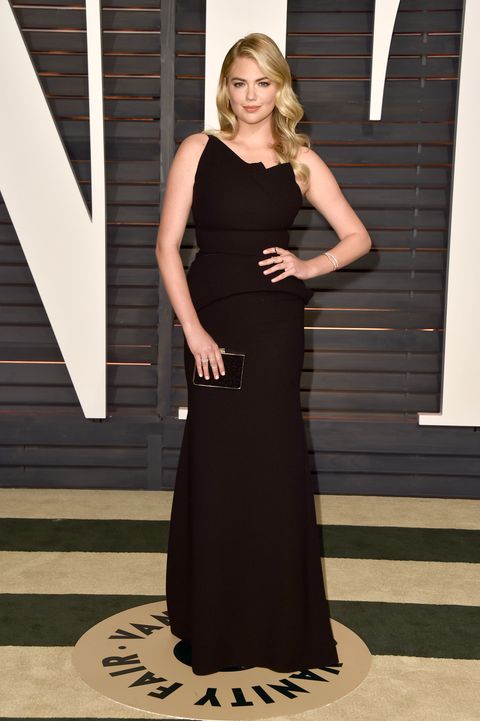 Yesterday, four Miami Dolphins players refused to stand during the National Anthem, instead opting to kneel. The controversial move comes after San Francisco quarterback Colin Kaepernick ditched the anthem to protest racial injustice, and Kate Upton is decidedly not on board.

The supermodel, who's engaged to Detroit Tigers pitcher Justin Verlander, was especially upset that the Dolphins' protest took place on September 11, and penned a lengthy comment on Instagram. "Sitting or kneeling down during the national anthem is a disgrace to those people who have served or currently serve our country," she wrote. "Sitting down during the national anthem on September 11 is even more horrific."

Everyone is entitled to their opinion, but of course it bears pointing out that the national anthem means different things to different people. For those protesting, it's a reminder of the racial and social injustice in this country, which Upton seems to get.

Running back Aaron Foster had this to say in response to critics:

there was a pre game speech from our president commemorating those that lost their lives on that tragic day on 9/11. we stood for that.

Meanwhile, Jelani Jenkins said, "I chose to get involved to see if I could create change, raise awareness. And I want to make it clear that there is no disrespect to the military or to police officers—I'm not about that. I love everyone. I would like to keep moving forward in the right direction with everybody: equal rights, equal opportunity. From my position, it doesn't seem that it's happening. That's why I took a stand."

This seems more than fair, no?