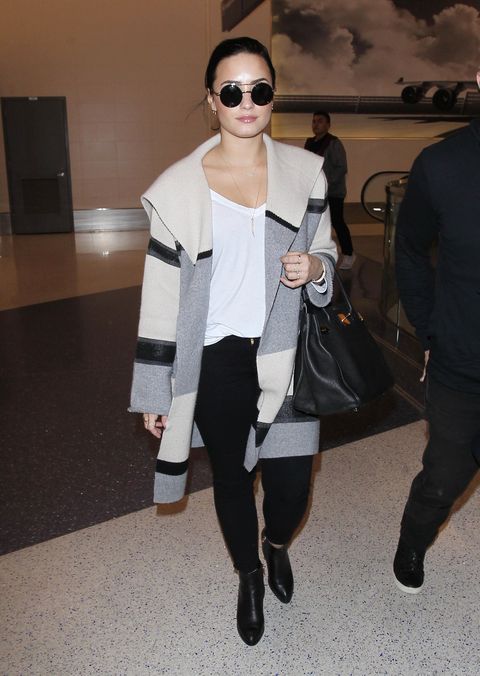 Demi Lovato just hit Twitter to announce that she's taking a break from the spotlight in 2017. The news follows comments Lovato made about Taylor Swift's feud with Katy Perry, which blew up pretty much everyone's newsfeed on Tuesday morning.

So excited for 2017. Taking a break from music and the spotlight.. I am not meant for this business and the media 👋🏼

dunno. It doesn't feel worth it anymore. I'd rather do charity work tbh

"I think having a song and a video about tearing Katy Perry down, that's not women's empowerment," Demi said during the interview in question. "We all do things that aren't, but I have to ask myself, 'am I content with calling myself a feminist?' Yes, because I speak out."

The "Confident" singer has since taken it to social media to defend her comments, saying they were taken out of context:

apparently everything I say is offensive and disrespectful soooo.....

Also don't forget that words can be taken out of context when doing interviews.. still not apologizing for saying what everyone want to say

She also said that she doesn't remember making comments about Taylor's squad in which she questioned their body types.

It must be incredibly hard to have the entire internet dissect every sentence you say, but hopefully Demi Lovato won't stay under-the-radar for too long because she's one of the best vocalists in the game.