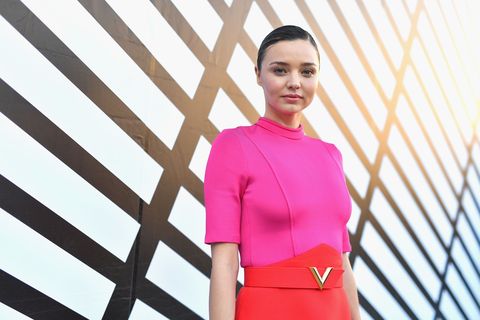 Miranda Kerr's Malibu house was broken into by a homeless man on October 14, and while the supermodel herself wasn't home at the time, her security guard was stabbed in the eye and arm before shooting the intruder several times. (Note: they were both airlifted to a nearby hospital.)

Flash forward almost a month, and suspect Shaun Haywood has been charged with attempted murder, assault with a deadly weapon, and mayhem. He'll face life in prison if convicted.

Kerr hasn't commented on the attack, but between this, Kim Kardashian's robbery at gunpoint, Taylor Swift's alleged assault, and the fact that Gigi Hadid and Kendall Jenner are both dealing with stalkers, something has got to change.

And by "something," we mean men need to stop following women into their homes. 👍