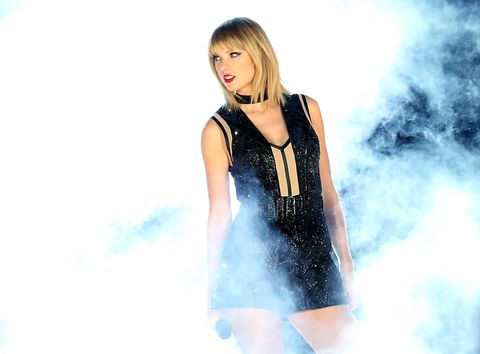 Taylor Swift's July 26 deposition about an alleged groping incident was just released by a judge, and it's absolutely horrible. In the deposition (which Taylor's team hoped would remain sealed), the singer accuses DJ David Mueller of groping her while they posed for a photo.

"Right as the moment came for us to pose for the photo, he took his hand and put it up my dress and grabbed onto my ass cheek, and no matter how much I scooted over, it was still there," Taylor says. "It was completely intentional, I've never been so sure of anything in my life."

The star claims she was "frantic" and "distressed" after the incident, and describes "feeling violated in a way I had never experienced before."

"A meet-and-greet is supposed to be a situation where you're thanking people for coming, you're supposed to be welcoming people into your home, which is the arena for that day," she continues. "And for someone to violate that hospitality in that way, I was completely stunned."

Mueller was fired two days after the incident, and sued Swift for slander in 2015. She countersued for assault and battery, and says that she'll donate any winnings to charities that protect women from sexual assault. Swift's lawyers claim she didn't intentionally cause Mueller to lose his job, and that his slander claim is irrelevant due to the statute of limitations.

FYI, a photo of the alleged incident has been sealed because—as Swift's team argues—it "will be shared for scandalous and prurient interests."