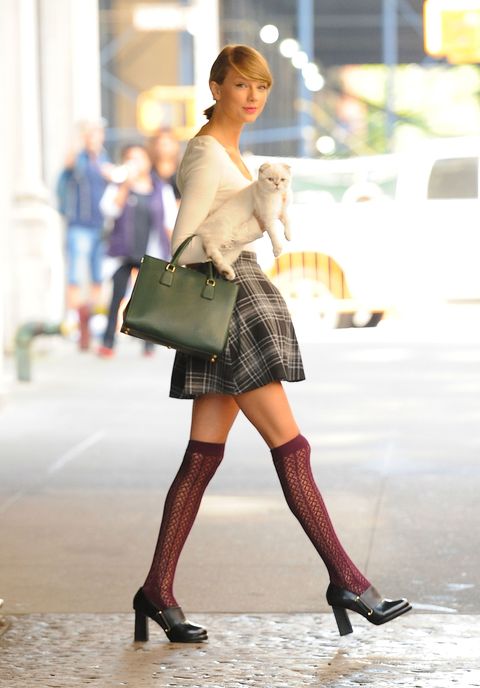 What do you get the cats who have everything, including custom carrier bags on which are embroidered their strong-female-role-model names, Olivia Benson and Dr. Meredith Grey? Petco. Just Petco.

That was apparently Drake's thinking when he unloaded an entire supply store's worth of feline accessories on Benson and Grey, or rather, their mom Taylor Swift, who might or might not be "collaborating" with the soft boy from the Six, Hollywood Life reports.

"He went all out," a source said. "He's also preparing to send her this sick designer bag that she can put her cats in when she's traveling. It's Drake being Drake and his way of letting her know that she's good people and keeping her close to him. He knows how much she adores her cats and Drake wants her to know that he adores her just as much."

Fair. You know what they say: The way to a woman's heart is actually through her superior vena cava, but pets work okay too. (Though has he SEEN how they sit like human toddlers? Freaky.)