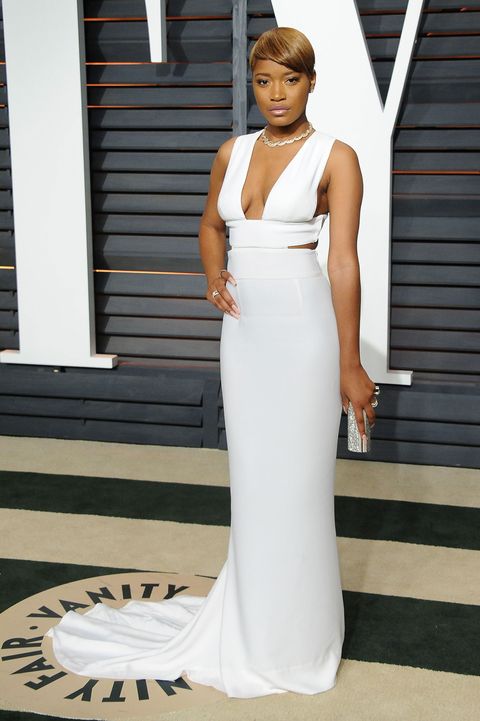 Singer/actress Keke Palmer is taking legal action against R&B singer Trey Songz, saying she was a victim of "sexual intimidation" following an unapproved cameo in his video "Pick Up the Phone."

The footage of Palmer used in Songz's video was taken at a private party, where she had no idea it would be aired publicly. "I wasn't in the right mind," Palmer told Larry King during a recent interview. "I had been drinking and eating and it wasn't a professional environment. It was not a place where I'm like, 'I'm in the right mind to decide if this works with my brand, if I like the artist, if I like what the song says.'"

Palmer allegedly denied use of her image three times, and says the experience was "sexual intimidation" due to the fact that men "use their masculinity, their sexuality to taunt you."

The video has been taken down, but Palmer will pursue legal action.

"It's out and it's over, but, more so, my point isn't to say it's not about this person, this guy, and what he did," she said. "It's the overall idea that you can't just do stuff to people and it's all right, no matter who you are."