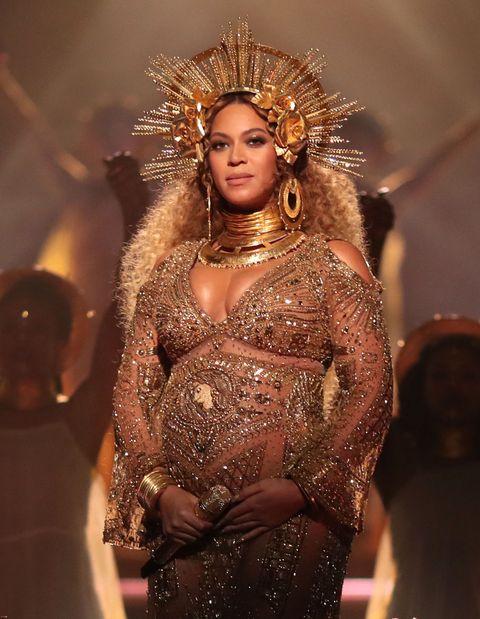 Whoa. With a statement that can only be described as furious—and rightfully so—Beyoncé's publicist has put the kibosh on recent media speculation that the pregnant star has been dabbling in lip fillers.

In response to a MediaTakeOut story that attributed Knowles' "gigantic lips" to "Kylie Jenner lip injections," Beyoncé's rep Yvette Noel-Schure issued a firm statement in which she calls out body-shaming.

"What do you know about the effects of pregnancy on a woman's entire body? Please tell me," she said. "Did you know that in addition to weight gain there is often a dramatic change in the blood flow in the system and increased fluid causing swelling? Do you know that often women's gums get swollen? Do you know that it sometimes affects our speech, our ability to chew intently and a host of other things?"

She went on to celebrate the physical sacrifices all mothers make to bring new life into the world, but not before noting that women, especially her client, just can't catch a freaking break. "I stood silent during Beyoncé's first pregnancy when you thought it was OK to bully her like the cowards you are, when you accused her of never being pregnant, but I simply cannot this time."

Then the coup de grâce:

"You are the saddest individuals and picking on a pregnant lady is tantamount to possessing the coldest, despicable heart. You need to find something else to do with your time and maybe stop by a store that has happiness on sale because you need to buy some."

Chelsea Peng I'm Chelsea Peng, the assistant editor at MarieClaire.com.
This content is created and maintained by a third party, and imported onto this page to help users provide their email addresses. You may be able to find more information about this and similar content at piano.io
Advertisement - Continue Reading Below
More From Celebrity
Chrissy's Daughter Luna Is Learning to Read
The Queen Spent a Night in Hospital
Advertisement - Continue Reading Below
Kate and Will Made Emma Watson Crack Up
Blake Lively Called Out an Instagram Account
Khloé and Tristan Have "No Label" Right Now
Kate and Will Share Intimate Moments in New Photos
Scott Disick Avoids Travis Barker, Apparently
Adele's Latest Date Look Was a Leather Suit
Alicia Silverstone Got Banned From a Dating App
The Queen Just "Reluctantly" Canceled a Trip