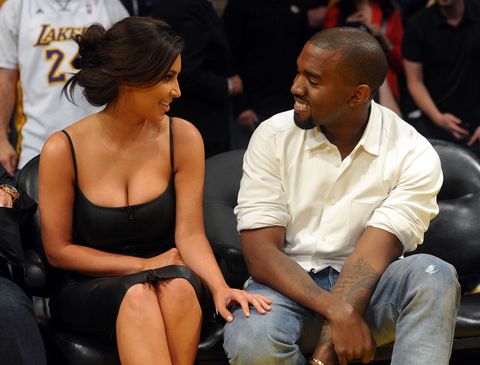 Kim Kardashian and Kanye West had a rough 2016. Individually, they went through some of their toughest moments—Kardashian with her Paris robbery and West with his public breakdown—and that reportedly took a toll on their marriage.

Now, sources close to the couple have weighed in on the state of their marital union to People.

"Things were just awful between the two of them, but also with both of them separately," said a source People described as being close to West. "It was like for the first time, they just weren't happy. I don't think they were happy separately, and I know they weren't happy together."

The couple allegedly struggled to prioritize their marriage in the midst of everything else that was going on last year, but they made a decision to fight.

"[Kim] kept saying, 'If we can get through this, we'll be stronger than ever,'" the source told People. "They never fell out of love with each other, but it was just one of those times where marriage is hard work, and you have to push through the pain."

And, according to the source, the hard work paid off and Kardashian and West are in a much better place now—although they're still putting in the work.

"It's like the two of them were dangling on a rope off a cliff, and they used every single thing they had to find solid ground," the source said. "They clawed their way back to somewhere a lot more healthy, and they're still clawing their way back. There are good days and there are bad days."

Kayleigh Roberts Kayleigh Roberts is the weekend editor at Cosmo, focused on celebrity news and royals.
This content is created and maintained by a third party, and imported onto this page to help users provide their email addresses. You may be able to find more information about this and similar content at piano.io
Advertisement - Continue Reading Below
More From Celebrity
Mandy Moore Calls Breast Pump Emmy's MVP Accessory
Royal Nanny to Get Damages from Interview Scandal
Advertisement - Continue Reading Below
Prince William and Kate Will Focus on Work in 2022
Kate Middleton Shares Prince Louis's First Words
Prince Charles Shares Final Exchange With Philip
William and Kate's Children Just Love Airplanes
Jennifer Aniston Answered Bizarre Fan Questions
Prince Charles "Really Wants to Meet" Lilibet
Britney Spears Deleted Her Instagram Account
Megan Fox Won't Be Told "What a Woman Should Be"