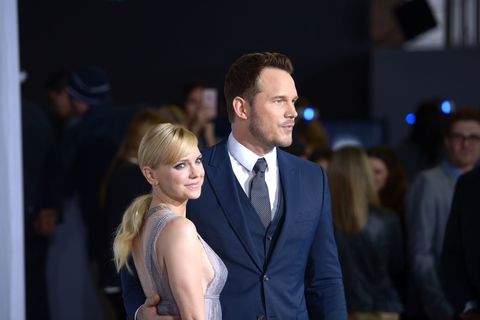 In the event that you somehow missed it, Chris Pratt and Anna Faris announced their separation on Sunday August 7—and the news comes as a pretty big shock. After all, the pair are notoriously open about their love for one another, and seemed to be happy as clams. Or more accurately, lobsters. (That was a Phoebe Buffay reference.)

The news of Pratt and Faris' split is particularly confusing in light of their slew of sweet moments in 2017, including the following:

When They Were Super Playful on His Press Tour

When Faris Tweeted Her Husband's Hotness

@prattprattpratt honey-you can't just send me a photo like this and not expect me to tweet it pic.twitter.com/nemz0xAZ6x

And When She Documented What an Amazing Dad He Is

"Lastly, I want to thank my wife. Anna, I love you," he says in the above video. "You've given me so much. You gave me the greatest star in the galaxy, my little boy. I love him and I love you. Without you, none of this would mean anything."

When They Were Super Cute Getting Ready for the Red Carpet

Now it's getting real. Chris may be annoyed. 403pm pic.twitter.com/67qMmlTdCO

And Finally, When He Gave Her a Massive Diamond Ring

Okay so technically this was 2016, but it was December so let's count it, hmm?