Selena has released another video for her single "Fetish," only this one offers a super fun behind the scenes look at making it. Yay!

The singer has talked about her original "Fetish" video (by Petra Collins) at length, saying, "I made it very clear to [Petra] that I didn't see 'Fetish' how most people know the word at face value. When most people hear the word 'Fetish,' they think of S&M and all that sexual shit, but [Petra] didn't." 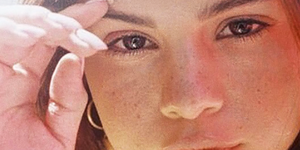 Did Selena Use Fake Freckles in "Fetish"?

She also complimented Collins directly, saying: "What you do with women is so inspiring to me. Your pictures can be sexy, but you aren't sexualizing women. You capture the raw part of it all. If a guy shot 'Fetish,' I bet it would look way more sexual. That's what I love about how you captured my breakdown moments—it's shown to the viewer as creepy and I honestly think that there are some guys out there who would make those moments more sexy than it was or should be."

Watch the video above for a glimpse at what a good time Sel and Petra had on set. 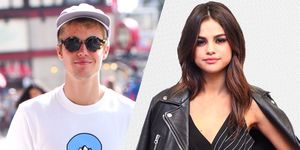 Is Bieber\'s "Friends" About Selena Gomez? 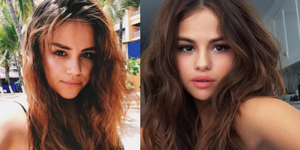 This Selena Look-Alike Has to be Her Secret Twin