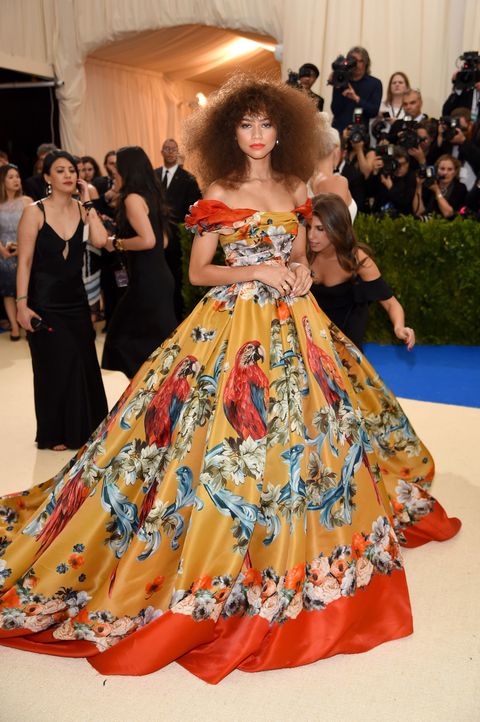 In a true "celebrities are just like the rest of us" moment, Zendaya has opened up about being cheated on by an ex-boyfriend. Which has most of us thinking how could he ever?! but yeah—it happened.

When asked if she'd been cheated on during a fan Q&A, Zendaya responded with a simple "yes," and then followed up with some advice:

"Not all men are dogs, everybody is different," she said. "Follow your gut. If you feel it, it's probably happening. If you feel like you can't trust somebody or you feel whatever, then you shouldn't be in a relationship with them, if you don't trust them completely... When people are young they make bad decisions sometimes, because they don't know any better, because they haven't lived enough life, doesn't mean they don't know the difference between right and wrong, it just means that they're still in the experimental phase in their life where they haven't made the right decisions yet."

Zendaya didn't reveal who cheated on her, but did say: "People will lie. You can communicate all you want, but people who lie are going to lie to you anyway."

The actress is reportedly in a relationship with her Spider-Man co-star Tom Holland, though they've denied the claims on Twitter.

Wait wait...my favorite is when it says we go on vacations together HA! I haven't been on a vacation in years!😂😭🤣hbu @TomHolland1996 ??? https://t.co/zSkvcfzzTa