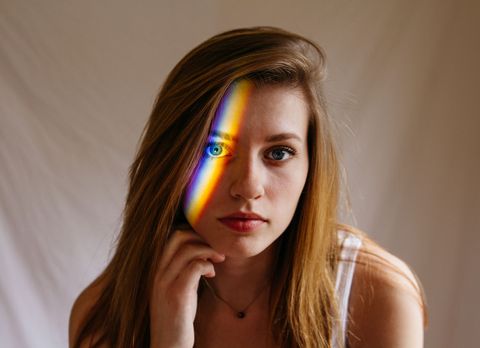 Who run the world? Gen Z girls. A new study suggests that young women aged 14 to 19 might be the most socially and politically conscious of any generation yet, and that they're ready to make global change.

The study, conducted by Girl Up, the UN Foundation organization working to empower girls worldwide, in collaboration with Marie Claire, surveyed over 3,500 girls across seven countries and three languages. It found that Gen Z girls are nuanced, complex, multifaceted, and total bosses—they're seeking to change the world while they're still finding themselves. Gen Z girls want to stand up, but not necessarily stand out. They have defined social and political values—and those values impact which brands they choose to shop. They are fiercely independent, but still value and seek out support. This generation doesn't just feel empowered enough to create change, they're already doing it.

According to the survey:

These girls value their beliefs so strongly that it’s changing the ways they interact with the world. Sixty percent feel they are not accurately represented by the media (which isn’t surprising in this age of #fakenews), and they are taking a stand by changing the way they shop.

Though many Gen Z girls haven’t even gradated high school yet, one thing is certain: They shouldn't be underestimated.