The plot is this: Anna gets kidnapped by Massimo, a Sicilian mobster (Michele Morrone), who gives her a year to fall in love with him. So, like, a totally healthy relationship! The ending of the film leaves us on a pretty big cliffhanger: Post-wedding dress shopping, newly pregnant Laura and her best friend Olga (Magdalena Lamparska) are heading back to Massimo's place when Mario (Bronislaw Wroclawski), Massimo's right-hand-man, gets a call that someone has put out an assassination attempt on Laura.

Everyone tries to get hold of them to tell them to get out of the car, but Laura goes into a tunnel and loses cell service. The next shot is of that very same tunnel—police cars are parked outside of it, and then the screen cuts to black. (I screamed for, like, three minutes.) So, what happens next? Thankfully, all three books of the trilogy have been released, and give us a literary glimpse into Laura's fate.

Shocker: The protagonist lives! According to the second installment of the series, Ten Dzién ("This Day"), the book picks up where 365 Dni left off. The book starts with Massimo finding out about Laura’s pregnancy. As they try and leave their past behind them to start a family and get married, they face obstacles: Laura gets kidnapped (again!), by a guy named Marcelo "Nacho" Matos. Naturally, because she's only human and perhaps has a touch of Stockholm syndrome, she "falls for" her latest kidnapper, which establishes the trilogy's love triangle.

The book ends with Laura getting shot when Massimo tries to rescue her, and he's left deciding whether to save her or their baby. It's also revealed that Massimo has an evil twin, and...he's British. I would love to dive into how that's possible, but I'll save that for another day.

Will there be a second movie based on the book?

The movie may look a little bit different now due to COVID-19 precautions, but I'm going to stop thinking about that for now. Instead, perhaps I'll reflect on Massimo saying, "Are you lost, baby girl?" as I wait for the sequel. Either that or re-watching the yacht scene. If you know, you know! 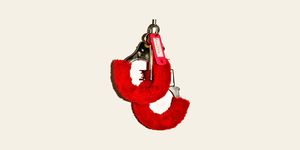 Confessions of a Submissive
Bianca Rodriguez Bianca Rodriguez is the digital fellow at Marie Claire, where she covers all your favorite podcasts, Netflix shows, and celebrities ranging from Rihanna to Harry Styles.
This content is created and maintained by a third party, and imported onto this page to help users provide their email addresses. You may be able to find more information about this and similar content at piano.io
Advertisement - Continue Reading Below
More From The Best Books Out There
'The Undoing' Is Based on a Beloved Book
Political Books to Read Ahead of Election Day
Advertisement - Continue Reading Below
Tana French's "The Searcher" Is a Masterpiece
The Top-Grossing Book-to-Movie Adaptations
All the Details on Priyanka Chopra Jonas' Memoir
The Novels to Read When the Days Get Shorter
16 Books by Latinx Authors We Can't Put Down
Inside Jane Fonda's First Fire Drill Friday Arrest
The Brand New Books in Our TBR Pile
The Best Beach Reads* for Summer 2020