Today's Top Stories
1
What Liberation Means This Juneteenth
2
Kathryn Garcia: It's Time to Step Up or Shut Up
3
Listen to the Best New Love Songs of 2021 (So Far)
4
The Black-Owned Lingerie Brands Changing the Game
5
24 Hours with Megababe Founder Katie Sturino
The CW

Not everything goes as planned when it comes to making TV shows. The making of the CW series Supernatural is no different. From inventing characters on the spot to renaming the entire series, ahead, the most surprising things about making the show that you probably didn't know.

The CW
1 of 29
Urban legends have always been important.

The show’s creator, Eric Kripke, said in an interview, “For me, the core notion behind Supernatural was to make a series about urban legends. I think they’re this incredibly rich mythology about the United States, and no one had really tapped into that, so when I started as a writer, one of the first ideas I ever pitched was an urban legend show."

The CW
2 of 29
Jensen Ackles was supposed to play Sam Winchester.

Kripke explained that during the casting process, “We had two great Sams and no Dean and you think it would be obvious to put one into the other role, but it was not obvious.” Kripke added, “It’s so difficult to find one actor who is charismatic enough to be a breakout character and to support a show. So to find two of them, where there’s only two leads… I didn’t realize what a miracle it was at the time." Jared Padalecki plays the role of Sam.

The CW
3 of 29
Jensen Ackles and Jared Padalecki had chemistry.

Ackles expressed how much easier it was to work with Padalecki. “It was just immediate chemistry. There was an ease to it. There was a familiarity to it. Once we got into it with each other, it just fell in place and it came...not easy, but definitely a little easier than my experiences in the past,” Ackles told Variety.

The CW
4 of 29
Missouri Mosely was a frontier psychic woman.

Kripke tweeted that the meaning behind the name Missouri Mosely came from his wife’s great-great grandmother. She was reportedly a frontier woman and a psychic named Missouri Mosely.

The CW
5 of 29
John Winchester was supposed to be a one-episode character.

Jeffrey Dean Morgan, who plays John Winchester, thought he’d just be in the pilot episode. “I remember thinking ‘well, this’ll be a job that I’ll work a couple of days and go on to the next thing, because there’s no way I’m gonna come back and be the father of Jared and Jensen,’” Morgan said. But, he did come back.

The CW
6 of 29
Bobby Singer’s character was created out of the blue...

Kripke tweeted that he wanted to revive the character Missouri Mosely, but since she was unavailable, he created Bobby Singer.

Jim Beaver said he was hired on for only one episode. "No one told me anything about Bobby’s trajectory early on, because Bobby didn’t have one, as far as I know. I was hired for one episode, 'Devil’s Trap,' and no one ever said anything to me about another appearance," Beaver said.

The CW
8 of 29
Bobby Singer was named after a producer.

Robert Singer is a producer of the show Supernatural, and the character was named after him—Bobby Singer.

The CW
9 of 29
Castiel was named thanks to a Google search.

When creator of the show Eric Kripke needed a name for a new character for a Thursday episode, he turned to Google. He searched “Angel of Thursday,” and the name Castiel appeared.

The CW
10 of 29
Misha Collins thought Castiel was a demon.

Misha Collins, who plays Castiel, originally thought the character was supposed to be a demon. “It was as if I were going to get a job at the NSA, the level of secrecy that surrounded the new role of Castiel. They did not reveal to agents or actors who were auditioning for the role that the character was going to be an angel,” Collins said.

Instagram/Jensen Ackles
11 of 29
There’s more than one 1967 Chevrolet Impala used...

According to Nerdiest, there are eight different Chevrolet Impalas used in this CW series.

Facebook/Jensen Ackles
12 of 29
...And they do keep the wrecked cars.

The car regularly gets wrecked, and yes, they do keep the wrecked versions. Jeff Budnick, the series’ car coordinator told Nerdiest that the crew keeps a “yard of all the wrecks” and that cars from the junkyard even makes appearances in newer episodes.

Budnick said he’s in charge of putting car-shaped Easter eggs in the show. “I do that quite a bit. If you actually really look close, you’ll see a lot of stuff. If I have a junkyard scene, you’ll see Impala doors or hoods from the car that were crunched from different episodes we’ve done. I always try to do that,” Budnick said in an interview.

Instagram/Jensen Ackles
14 of 29
The Impala used most often has the lowest mileage.

Despite how often Dean and Sam drive this baby all over the United States, the car only has 15,000 miles on it. Budnick said this 1967 Chevrolet Impala is the most mint condition he’s seen.

The CW
15 of 29
Jensen Ackles took on the role of director.

Ackles directed five episodes of Supernatural. The first episode he directed in 2010 was “Weekend at Bobby’s.”

A newly casted Danneel Ackles, who is married to Jensen Ackles, is set to make a guest appearance in the show. She’ll play the recurring Sister Jo role in the later part of season 13.

The CW
18 of 29
Jared Padalecki’s wife also had a role in the show.

She took over the role of Ruby, after Katie Cassidy.

The CW
19 of 29
Ruby was written for Kristen Bell.

We know that show creators don’t always get the actors they intend to. Kripke planned to have Kristen Bell play Ruby, one of the show’s most-memorable demons, but Bell passed on the role.

The CW
20 of 29
Dean and Sam are purposely from Lawrence, Kansas.

Creator of Supernatural, Eric Kripke, revealed that he intended Dean and Sam to live in Lawrence because of its proximity to the urban legend of Stull Cemetery.

The CW
21 of 29
Winchester wasn’t their original last name.

Originally, Kripke wanted Dean and Sam’s last name to be Harrison as a tribute to Han Solo, but a real-life Dean Harrison living in Kansas already existed. So, the lawyers made Kripke change the last name, which he said came from the Winchester Mystery House.

The CW
22 of 29
Dean’s birthday is significant to Eric Kripke...

The CW
24 of 29
Also, John and Dean Winchester are closer in age IRL.

The CW
25 of 29
This special clock shows up in so many episodes.

The Starburst clock has been seen in hotel rooms, diners, businesses, and people’s homes on the show.

When the show’s concept was first pitched, the series was to be named Unnatural. It was later changed by the production team to Supernatural.

The CW
27 of 29
The sirens have a Disney theme going for them.

Sam and Dean encounter numerous sirens in the show, and often times, they are named after Disney princesses. There’s been Belle, Ariel, Aurora, and Jasmine.

The CW
28 of 29
Episodes are named after classic rock songs...

Many episodes are named after songs from Johnny Cash, The Rolling Stones, The Who, and, of course, Led Zeppelin, because it’s Dean’s favorite band.

Episodes were named after movies like, The Usual Suspects. That same episode even used a similar narration format to tell Sam and Dean’s stories.

Getty Images
30 of 29
Kripke didn't play himself for his guest appearance.

Kripke was set to make an appearance on the show as himself, in the episode “French Mistake.” But, he tweeted calling himself a “crap actor,” and said they casted someone else to play his role.

Next
Popular Christmas Movies the Year You Were Born 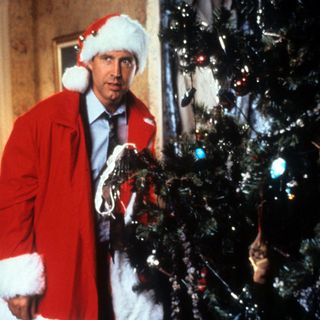 Advertisement - Continue Reading Below
This content is created and maintained by a third party, and imported onto this page to help users provide their email addresses. You may be able to find more information about this and similar content at piano.io
More From Culture
'Life After Happy Face' Is Your Fave New Podcast
Will There Be a Season 3 of 'Virgin River'?
Advertisement - Continue Reading Below
The New Horror Movies That'll Leave You Breathless
'Bachelor In Paradise' 2021: Everything We Know
Zendaya Shared a Teaser of 'Euphoria' Season 2
Listen to the Best New Love Songs of 2021 (So Far)
Meet the Cast of 'Too Hot to Handle' Season 2
Meet the Cast of Katie's 'Bachelorette' Season
Simone Biles: "Don't Be Ashamed of Being Great"
68 Movies That Are Just Fully About Sex