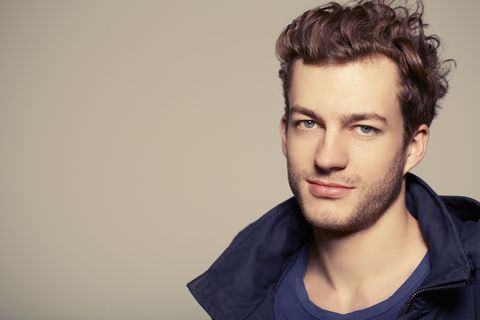 We're above judging anyone solely based on their appearances—except maybe in this one instance: A man's smile (or lack thereof) can reveal a sexist attitude toward women, according to a new study published in the journal Sex Roles.

First, let's explain how the study authors from Northeastern University defined sexism. "Hostile sexism" is a blatant dislike of women, seeing them as weak, inferior beings; "benevolent sexism" refers to more gentleman-like behavior, where these "well-intentioned" guys feel the need to coddle and protect women. [Pauses for infuriating rant because WTF?]

Researchers recruited 54 undergraduate students (half male and half female) to play a trivia game. They monitored their interaction to see how a man's word choice, attitude, and—weirdly—smile pertains to the two types of sexism.

The results? Ta-da: Men who were standoffish and smiled less were considered to be hostile sexists while the opposite was true for (friendliness and more grins equaled benevolent—but still not okay—sexism). The "nice" fellas were "patient" while they waited for women to answers questions during the game.

"While many people are sensitive to sexist verbal offenses, they may not readily associate sexism with warmth and friendliness," notes researchers in a press release. "Unless sexism is understood as having both hostile and benevolent properties, the insidious nature of benevolent sexism will continue to be one of the driving forces behind gender inequality in our society."

Real talk: Just because a guy flashes his pearly whites and is, you know, a decent person doesn't necessarily mean he thinks you're below him on the societal totem pole. But if he always tries to pull the knight-in-shining-armor act, save yourself and move on.

This Jordanian Journalist Shut Down a Troll on Live TV

Miley Cyrus Told Off a Sexist Paparazzo, Regrets Dressing Like a Hippie, and Is a Conspiracy Theory Buff

Kenny Thapoung Social Media Editor When I'm not stalking future-but-never-going-to-happen husbands on Facebook, you can catch me eating at one of NYC's B-rated or below dining establishments—A-rated restaurants are for basics.
Advertisement - Continue Reading Below
More From Culture
87 Movies Everybody Should Watch At Least Once
The Best Documentaries on Amazon Prime Right Now
Advertisement - Continue Reading Below
Heart-Pumping Action Movies Coming Out This Year
The Best TV Shows on Hulu Right Now
The Documentaries You Can't Afford to Miss in 2020
'Killing Eve' Season 3 Review: What's Old Is New
A Super Pink Moon is Coming April 7
Pre-Order These Amazing Books Coming Out in 2020
The 8 Best Rom-Coms of 2020
Got 10 Minutes? Here's What to Watch on Quibi