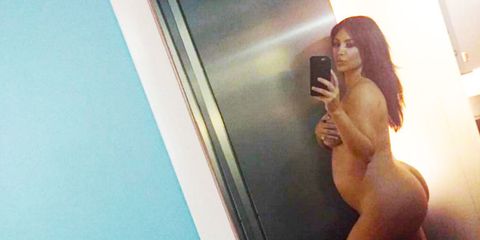 Instagram has been on the defensive about its nudity policy lately, ever since activists noticed that female nipples were being censored by the app but that male nipples weren't. #FreetheNipple was born, but because they don't want to get kicked out of the App Store by Apple, Instagram is sticking to its no-nudity guns.

Until now. During a Vanity Fair panel in San Francisco on Tuesday, cofounder Kevin Systrom said he was investigating other options. Mashable reports that fellow panelist Katie Couric asked him if an "R-rated" version of the app would work.

There are no further details yet, so in the meantime, you'll have to keep getting cheeky with Photoshop to sneak your photos past the censors.

Just a suggestion for your topless pics... #MaleNipple