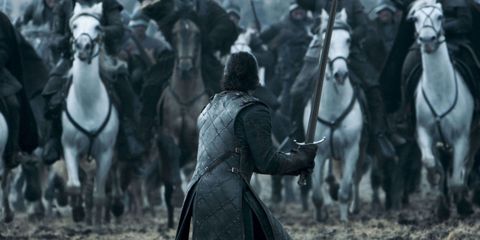 Eagle-eyed Imgur user voicesinmyhead spied the unconvincingly floppy prop in the Battle of the Bastards, but it's still got the internet cracking up a week later. Just look at it!

Get it together, Longclaw. Though Jon Snow wailing on Ramsay with a rubber blade *would* make a pretty excellent late-night sketch.