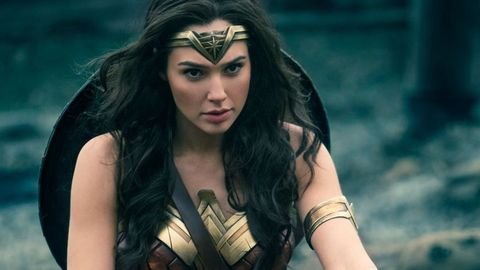 Wonder Woman 2 is officially happening. After the monster success of the first movie, a sequel seemed inevitable, but Warner Bros. finally made the official announcement at San Diego Comic-Con, while Wonder Woman herself, Gal Gadot, was on hand to promote Justice League.

Gadot will reprise her role as Diana Prince/Wonder Woman (which is good because we honestly can't imagine anyone else in the part now), but we're still awaiting confirmation that Patty Jenkins will return to direct.

As Entertainment Weekly reports, however, Jenkins seems to be on board for the sequel and has even been discussing her ideas for the film with the press.

"The story will take place in the U.S., which I think is right," Jenkins told EW. "She's Wonder Woman. She's got to come to America. It's time." The filmmaker added, "I realized that Wonder Woman 2 is its own great movie. I made Wonder Woman. Now I want to make Wonder Woman 2. It's a beautiful story to tell, an important time to tell it and with people that I love."

We're overjoyed that the sequel is happening, but someone please officially sign Jenkins to direct before we get an ulcer.

This content is created and maintained by a third party, and imported onto this page to help users provide their email addresses. You may be able to find more information about this and similar content at piano.io
Advertisement - Continue Reading Below
More From Culture
The 25 Most Underrated Films Ever Made
Were the Paintings in 'This Is a Robbery' Found?
Advertisement - Continue Reading Below
'Bridgerton' Season 2: Everything We Know
New True Crime Books You'll Obsess Over
The 'Who Killed Sara?' Cast: Your Complete Guide
The 'Paradise City' Cast Plays Trivia
Sad Movies for When You Need a Good Cry
What Happens When Prince Philip Dies?
Photos of Prince Philip with His Grandchildren
The Queen and Prince Philip's Marriage Timeline