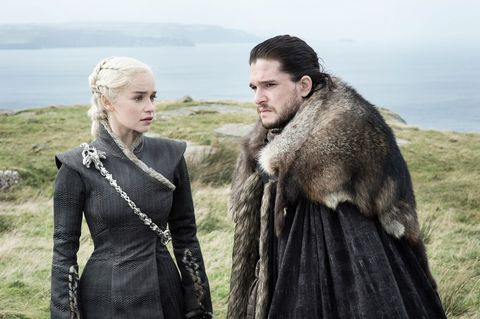 Game of Thrones is the biggest show on television by a lot of measures, and certainly the biggest hit in HBO's history, so it's no surprise that its actors—the ones who have managed to survive into the seventh season—are making bank. If you've ever wondered exactly how much a starring role in Westeros pays, Variety now has the answers for you.

In its 2017 salary survey, a "sampling of estimates" for the paychecks of TV's most notable stars, the outlet revealed that Emilia Clarke, Nikolaj Coster-Waldau, Peter Dinklage, Kit Harington, and Lena Headey all make the same amount per episode: $500,000. Yes, that is per episode, meaning a full 13-episode season would bring in well over $6 million. Per their list, that's the same as Kevin Spacey brings in for an episode of House of Cards, and slightly more than Claire Danes makes for an episode of Homeland. 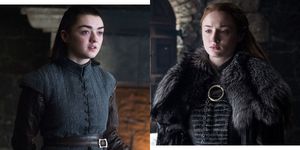 What\'s Really Going On With Arya and Sansa 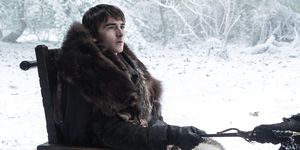 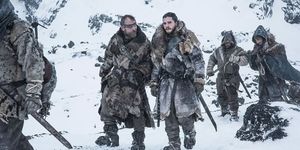 In some cases, that per-episode estimate includes "additional compensation for their work as producers or for their profit participation stakes," meaning that dollar amount isn't their pure per-episode salary as actors—but none of the Thrones cast are listed as producers. (By comparison, Spacey and Danes are both producers on their respective shows.)

If you're now feeling suitably depressed about your own financial prospects, click on over to Variety to read the full list, which includes some more modest paychecks. The Crown's Claire Foy, for instance, made just $40,000 per episode for the first season of the Netflix drama, though she's undoubtedly reneged in the wake of her multiple award nominations.

Emma Dibdin Contributor Emma Dibdin writes about television, movies, and podcasts, with coverage including opinion essays, news posts, episodic reviews and in-depth interviews with creatives.
Advertisement - Continue Reading Below
More From Culture
'Good Girls' Is Back for an Explosive Season 3
Netflix's 'Haunting of Hill House' Will Return
Advertisement - Continue Reading Below
Criminal Minds Season 15 Will Be Its Last
The Hot New Podcasts to Add to Your Queue
Who Are the Women of 'The Bachelor' in 2020?
Join Marie Claire's Virtual Monthly Book Club