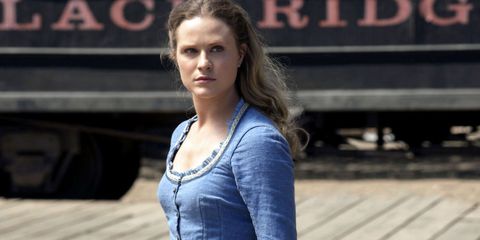 HBO's gritty sci-fi mystery Westworld is leading the Emmy nomination list (along with Saturday Night Live) with a whopping 22 nominations—so it's fair to say they have a pretty huge chance of winning big. In fact, the show has already picked up five awards thanks to the Creative Arts Emmys.

That said, the competition is pretty stiff in major categories like Best Drama Series and Best Actor/Actress, so here are the chances of Westworld actually taking home a couple of wins. May the odds be ever in their favor.

It seems unlikely that Better Call Saul, House of Cards, or fan-favorite This Is Us will win the night's most prestigious award, which leaves The Crown, The Handmaid's Tale, Stranger Things, and Westworld. While Westworld could take home the win, our money is on The Crown due to its insanely impressive production value.

Best Actress in a Drama Series

Viola Davis, How to Get Away With Murder

Chance of winning? Slim to none.

Evan Rachel Wood is *brilliant* in Westworld. But she doesn't have as much screen time as other people in her category, and therefore didn't get as much opportunity to flex her acting muscles. (Sorry for using the expression "flex her acting muscles," it'll literally never happen again.) Our money is on Claire Foy or Elisabeth Moss for this one—with slightly more dollars stacked in Moss' corner. 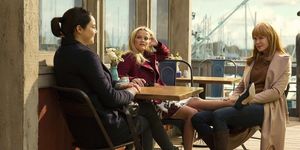 Is \'Big Little Lies\' Going to Sweep the Emmys?

Best Actor in a Drama Series

Sterling K. Brown, This Is Us

Milo Ventimiglia, This Is Us

Everyone in this category is killing it, and lord knows people love Milo Ventimiglia's performance in This Is Us. But Anthony Hopkins is a legend, and his role on Westworld is very fleeting. He almost certainly won't be back next season, so this could be the only chance to award his great work.

Chrissy Metz, This Is Us

Chance of winning? Slim to none, but we'd love to be surprised.

Thandie Newton was incredible in Westworld, and frankly she deserves to win more than all of her fellow nominees. But again, it's a screen time thing. It's also a Millie Bobby Brown thing, because a) people adore her, b) people praised her performance sky high, c) people love it when a child wins.

Ron Cephas Jones, This Is Us

Chance of winning? Not high, unfortunately.

The scene where Jeffrey Wright realizes he's a robot should nail him this win—but can he really beat out John Lithgow's performance in The Crown or David Harbour's in Stranger Things? Probably not.

Best Writing in a Drama Series

"Chapter One: The Vanishing of Will Byers," Stranger Things (The Duffer Brothers)

Westworld is one of the best, most intricately, and most ingeniously written/plotted shows on television. Meanwhile, "The Bicameral Mind" was one of the season's best episodes. It should win.

FYI, Westworld already snagged the following awards (they also lost a few, but we don't need to talk about that here):

Outstanding Sound Mixing For A Comedy Or Drama Series

Outstanding Creative Achievement In Interactive Media Within A Scripted Program

Outstanding Hairstyling For A Single-Camera Series 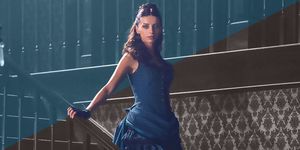 This content is created and maintained by a third party, and imported onto this page to help users provide their email addresses. You may be able to find more information about this and similar content at piano.io
Advertisement - Continue Reading Below
More From The Emmys 2021
The Best Reactions to Zendaya's Emmy Win
Zendaya Wore Two Stunning Outfits for Emmys Night
Advertisement - Continue Reading Below
The 2020 Emmys Had a Confusing Vibe
Tracee Ellis Ross Is a Queen in This Gold Dress
'Schitt's Creek' Swept the 2020 Emmys
Regina King Wore a Breonna Taylor Shirt to Emmys
The Best Celebrity Instagrams From The 2020 Emmys
What Celebs Are Wearing to the Emmys...From Home
The Emmys Will Have a Red Carpet This Year
What Everyone Wore to the Emmys After-Parties