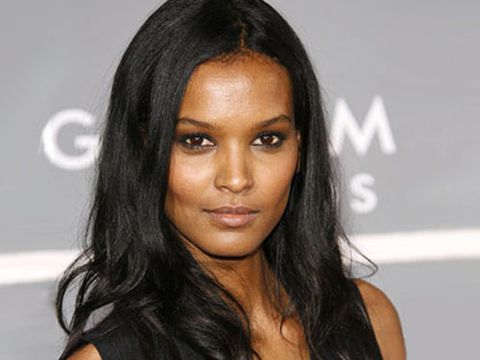 Famous last words: "I've seen a lot of poverty, but to know that a mother dies every minute, that's outrageous."

She left Addis Ababa for Paris about 10 years ago, but when the World Health Organization (WHO) asked Liya Kebede to speak out about health issues facing women in Ethiopia, it was a no-brainer. Last fall, she traveled to her homeland to learn more, particularly about obstetric fistula, a condition long-ago eradicated in the First World.

Q: "Obstetric fistula" is a mouthful -- what exactly does it mean?

A: It's basically when a girl or woman's body is underdeveloped from poor nutrition, and her pelvis isn't wide enough for her baby to pass through in childbirth. The baby gets stuck and usually dies. The woman is left with a hole, or fistula, inside that renders her unable to control her bodily functions.

Q: Can't doctors do something?

A: It is easily preventable and treatable, but there are no doctors where these women give birth. Until recently, only one doctor in all of Ethiopia, Catherine Hamlin, treated this condition, but most women didn't know about her or have any way of reaching her. There are huge differences between city and rural life, and most people live in rural areas.

A: I grew up in the city. My mom was in PR and my dad worked for the airlines. But in rural areas, people don't even have running water. Eight people sleep in one hut. In one village, I visited a woman who was married at 8, had four kids, and had never heard of birth control. She just thought women were meant to have babies until their bodies weren't able to anymore.

Q: How do you relate to all this?

A: Seeing it and living with it, I always knew that I wanted to give back in some way if I ever got a chance.

Q: So we shouldn't be skeptical of models-turned-activists?

A: Look, I don't think we should judge celebrities for doing charity work. Period. Whatever their reasons for doing it, they are shedding light on issues that would otherwise go unnoticed.

Q: Is this your dream job?

A: I never thought modeling would become my career. I thought it was something I'd do to pay my way through college. When the WHO approached me, I thought, I am a mother, and this is my country. Knowing that as many as half a million women in Ethiopia suffer from fistulas -- I just felt like I was in a position to let people know about this problem and what can be done.

Ethiopia has one of the highest rates of childbirth-related deaths in the world, with one in seven women at risk. More than three out of four deaths could be prevented with proper medical care. Worldwide, more than 2 million women suffer from untreated obstetric fistulas. To raise awareness and money for maternal and child health, go to www.liyakebede.com/foundation or www.who.org.