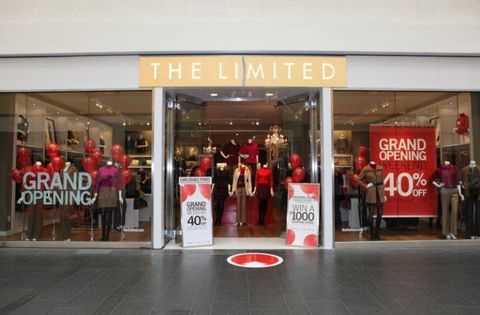 Mall staple The Limited, which has been a reliable workwear source for decades, is closing locations across the country, Racked reports. This comes after reports that the company, founded in 1963, was getting ready to file for bankruptcy.

So far, it's not definitely clear if it's closing all of its stores, or just slashing its numbers, because the company has not made any official announcements. (Sun Capital Partners, the owners of The Limited Stores, did not immediately respond to requests for comment.) But news outlets from states like Ohio, North Carolina, and Florida have all reported that their local stores would be shuttering on January 7. And employees have told those local news outlets that the closings are nationwide.

Many local Limited shops are offering markdowns as high as 80 percent to clear inventory. And on its website, The Limited is advertising a blowout sale, taking 50 percent off every single item in stock. Notably, the site warns that all sales are final. Back in December, the company responded on Facebook to complaints from customers that shipping was "significantly behind schedule."

The Limited has made several attempts to gain more customers in recent years. They collaborated with Kerry Washington for a workwear line inspired by Olivia Pope on Scandal, have a running partnership with Eva Longoria, and ditched models for women leaders in a recent ad campaign. But they couldn't stop the tide of bad news that seems to surround mall stores these days. Just Wednesday, Macy's announced it will close 63 stores this spring, and dozens more will close over the next few years.