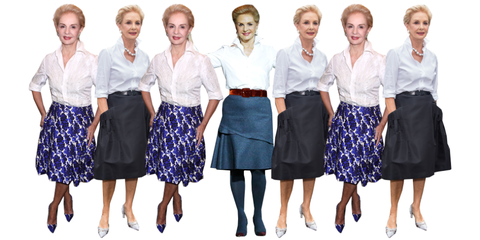 Is there a direct relationship between how flamboyantly fashion designers dress and how beautiful the clothes they make are? Judge for yourself straight ahead, where we present the full range of uniforms these créateurs de luxe wear.

The look: A trim suit, white shirt, and not a laser-precision-trimmed hair out of place. Not even at the airport.

The look: Rococo Gothic undertaker but chic and accessorized.

The look: Outwardly the standard-issue T-shirt and dark denim, but, like, how does he get it to drape like that? Because that's his job?

The look: Infuriatingly, effortlessly chic in A SWEATER AND TROUSERS.

The look: Like the 37th von Trapp kid if he had access to a tailor who wasn't prone to getting scissor-happy with the curtains. (In case you're worried he'll catch a cold, he switches out the shorts for capris in colder weather.)

The look: American teenager with Equinox membership, circa 1950.

The look: One of the few huggable adult characters in an Eloise book.

The look: Pretty much the same T-shirt and jeans as his counterparts but navy. So much less severe.

Getty
29 of 39
Jason Wu in front of some greenery
Getty
30 of 39
Jason Wu with a coordinating wall color
Next
Your Spring Shopping Covered: What to Buy Now 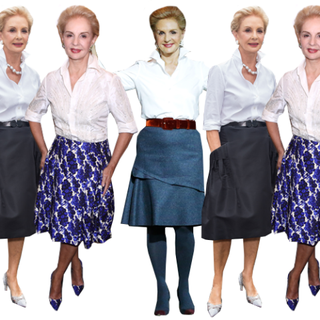