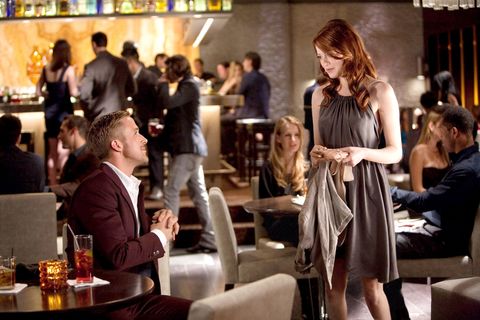 There is a difference between "whiskey" and "whisky"

People often get confused, but both are correct—depending on how you use them. Whisky often denotes Scotch and Scotch-like liquors, while whiskey generally denotes Irish whiskey and American whiskeys. The problem arose when American copy editors (whoops…) decided to go with the American version of the word—whiskey—no matter the spirit. Now mostly everyone (including the New York Times) prints both whiskey and whisky, depending on the product.

Bourbon is the official drink of the U.S.

There's some myth and truth to this—though it's definitely true now. Basically, by an act of Congress in 1964, Bourbon was named an official native liquor of the U.S., making many people think it was declared the official spirit of the U.S. This was finally pushed forth in a resolution in 2008.

The word "brandy" comes from the Dutch word brandewijn, which means burnt wine

This is so real. His brother, who goes by the name Rooster, named his son Miller Lyte (note the "y") and his daughter Margarita Olympia, another (now defunct) beer brand.

You can serve your country when you're 18 but you have to wait till 21 to buy a cold one.

The first cocktail party happened in St. Louis, Missouri in 1917

And it was by a woman. Mrs. Julius S. Wash invited 50 guests to her home on a Sunday at noon for a one-hour drink session. "The party scored an instant hit," the newspaper declared, and stated that within weeks cocktail parties had become "a St. Louis institution."

Everyone knows Bond likes his martinis shaken, not stirred, but the first time he uses the phrase he also gives very explicit instructions for a drink. In the first Bond novel, Casino Royale (1953), the agent tells the barman how to make his drink:

'A dry martini,' he said. 'One. In a deep champagne goblet.'

'Just a moment. Three measures of Gordon's, one of vodka, half a measure of Kina Lillet. Shake it very well until it's ice-cold, then add a large thin slice of lemon peel. Got it?'

'Certainly monsieur.' The barman seemed pleased with the idea.

Bond laughed. 'When I'm...er...concentrating,' he explained, 'I never have more than one drink before dinner. But I do like that one to be large and very strong and very cold, and very well made. I hate small portions of anything, particularly when they taste bad. This drink's my own invention. I'm going to patent it when I think of a good name.'

The martini later went on to appear on cocktail menus and still does to this day.

At the height of the prohibition, gin was a favorite in speakeasys, as it was quick and easy to bootleg. The term bathtub gin was coined because of the way you mixed the spirit—the bottles were too tall for regular sinks, and had to be filled under a bathtub faucet.

"Pabst Beer" turned into "Pabst Blue Ribbon" after they won the Chicago World's Fair in 1893.

Bartenders in England would tell rowdy patrons to mind their Ps & Qs—meaning, pints and quarts. It was later shortened and used for other scenarios.