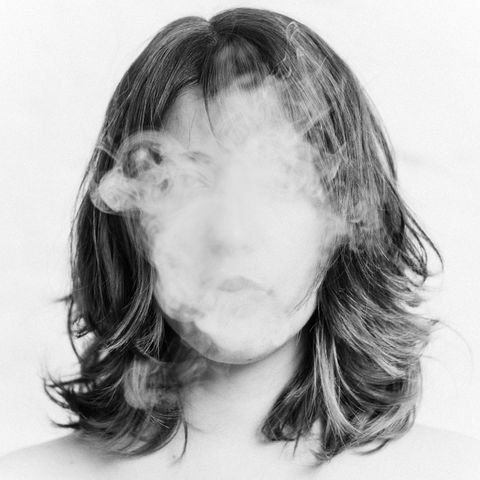 Depression can be caused by some pretty surprising things (like, according to a study published earlier this week, Facebook). So it's fitting that depression can be treated by some pretty surprising things, too. While it's not likely to replace Zoloft or Lexapro prescriptions anytime soon, scientists have discovered that marijuana can be an effective way to alleviate depression's most pervasive symptoms. (And no, not just because you're all giggly for half an hour.)

The study, published by the University of Buffalo's Research Institute on Addictions, found that chronically stressed-out rats produced lower levels of endocannabinoids, which usually have a positive impact on emotions, cognition, and perception of pain. As you may have guessed based on the name, these naturally-synthesized compounds are similar to the THC found in cannabis. And when scientists administered marijuana to the rats, their endocannabinoid levels returned to closer to normal, suggesting that pot can cushion the chemical blow for sufferers of stress, anxiety, and depression.

Marijuana has, of course, been used as stress relief for forever, but this is the first time anyone has studied its effects on depression in particular, making this a landmark moment for the drug's movement towards the mainstream.

Don't go chucking your antidepressants and petitioning for a medical marijuana card just yet, though. The University of Buffalo scientists emphasized that their thesis has yet to be tested on humans, so it's too soon to say whether it'll be effective for mammals who have a whole slew of stress triggers rats don't even know about (cough *email* cough).

Scientists' next step is to determine whether using marijuana to treat depressive brains can be done without being habit-forming, and then, we can guess, they'll make the leap to studying people. Stay tuned for more.

Do These Alterna-Therapies Actually Abolish Stress?

What You Don't Know About Depression