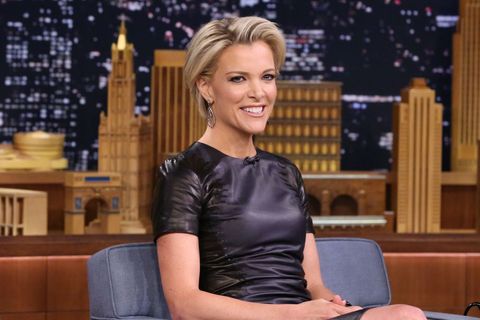 Megyn Kelly is moderating the Republican primary debate on March 3, which means her arch nemesis Donald "Bald Eagles Hate Me" Trump has an important decision ahead of him. Will he flake out on yet another debate due to his inexplicable disdain for Kelly and her "woman problems," or will he actually do his job and show up?

"It's been a sort of surreal six months because we never anticipated that anyone would react to the questions in that particular way," Megyn said of Trump's behavior during an appearance on The Tonight Show. "He got a tough question, but they all got tough questions. I'm a member of the press and we're supposed to press and see if they're worthy."

Trump has yet to commit to March 3rd's debate, but Megyn doesn't plan to go easy on him. "He hasn't committed but he will show up at that one," she told Good Morning America. "We will just move our Trump questions from the last debate over to this debate. And I'll finally get a chance to ask him."

The real question: will Trump be able to respond without labeling Megyn a bimbo?