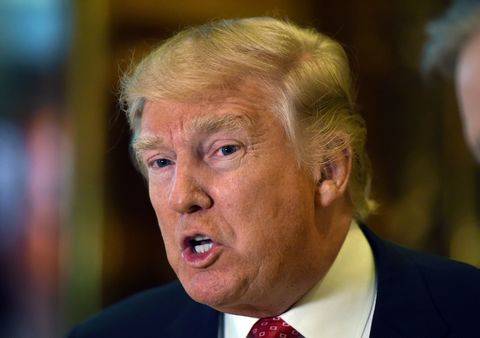 In a new report from CNN, a dossier outlining President-elect Trump's alleged sexual misconduct and deep ties to Russia was presented to President Obama and President-elect Trump last week. The document—which is unverified, and which Buzzfeed has now published in full—claims in part that Mr. Trump hired prostitutes on a trip to Moscow and ordered them to urinate on a hotel bed while he watched, supposedly because he knew the Obamas had once slept there. The New York Times also points out the mention of "sex videos" in the document.

U.S. intelligence agencies couldn't corroborate the allegations, according to the Times, but believe the source who gathered the information to be credible, and the mere possibility of its existence to be enough of a national security risk that they needed to brief our commander in chief. Officials also believe that the intelligence, if true, underscores what Trump has long denied: that, by gathering damaging information about both candidates but only releasing what could hurt Hillary Clinton, Russia intended to throw the election in his favor.

Trump has already responded with a series of tweets, mere minutes ahead of President Obama's farewell speech in Chicago, branding the reports as #fakenews:

This story is developing and will be updated.