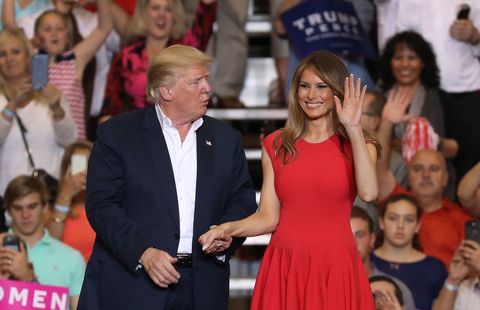 Melania Trump's popularity is on the rise. Her husband took office as the least popular president in modern history, yet a new CNN/ORC poll found that a majority of Americans like the first lady.

The poll showed that 52 percent of people have a favorable view of Melania, up 16 points since the inauguration, when only one-third of Americans viewed her positively. It's also more than double how popular she was this time last year. Trump's most recent approval rating (as measure by Gallup) is 42 percent.

The poll, which was released Wednesday, comes as Donald Trump is dealing with several controversies, including a healthcare bill that seems destined to fail, a new travel ban that is already being challenged in court, and ongoing investigations into his campaign's ties with Russia. 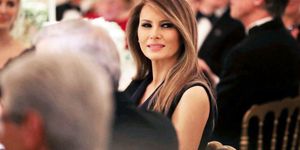 Melania has, for the most part, stayed out of the limelight since her husband took office. She has continued living in New York City with her son, Barron, and hasn't embraced the prominent role played by former first lady Michelle Obama. For comparison, when Barack Obama left office in January, Michelle Obama's favorability rating was near 70 percent.

Melania has made several appearances in Washington, D.C., and has flown down to Trump's Mar-a-Lago resort in Florida to meet him on the weekends. She is expected to move to Washington after Barron finishes the school year.