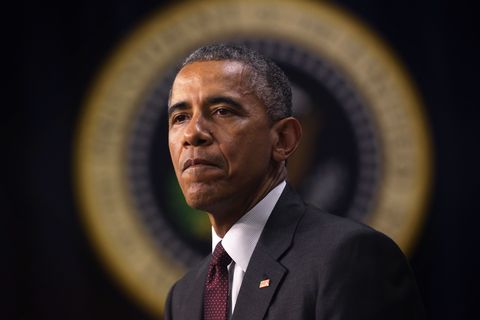 If you're one of the many feeling shell-shocked in the wake of President Trump's decision to withdraw from the Paris climate agreement, you're not alone. Former president Barack Obama just issued a characteristically articulate response in which he denounced Trump's White House for its short-sighted rejection of the future.

"The nations that remain in the Paris Agreement will be the nations that reap the benefits in jobs and industries created," Obama said in a statement per The Washington Post. "I believe the United States of America should be at the front of the pack." 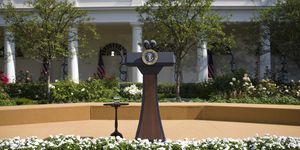 The Paris agreement marked a turning point in the global fight against climate change, uniting almost 200 nations worldwide to legally ratify action against pollution. In withdrawing from the Paris agreement, described by Obama as "the first-ever global agreement to set the world on a low-carbon course and protect the world we leave to our children," Trump puts the United States in the company of just two other nations: Syria and Nicaragua.

"Even in the absence of American leadership; even as this Administration joins a small handful of nations that reject the future," Obama's statement continued, "I'm confident that our states, cities, and businesses will step up and do even more to lead the way, and help protect for future generations the one planet we've got."

Emma Dibdin Contributor Emma Dibdin writes about television, movies, and podcasts, with coverage including opinion essays, news posts, episodic reviews and in-depth interviews with creatives.
This content is created and maintained by a third party, and imported onto this page to help users provide their email addresses. You may be able to find more information about this and similar content at piano.io
Advertisement - Continue Reading Below
More From Politics
Who Will Be in Joe Biden's Cabinet?
The Global Fight for Black Lives
Advertisement - Continue Reading Below
Michelle Obama on Welcoming the Trumps in 2016
There’s No Such Thing as the “Latino Vote”
Who Is on Joe Biden's Transition Team?
Joe Biden's Youngest Daughter Is An Activist
Joe Biden's Grandkids Are Among His Biggest Fans
Maya Harris Is Kamala's "Bobby Kennedy"
This Is How Much Joe Biden Is Worth
Meet the Next Presidential Pets, Major and Champ