There's a reason why dozens of mainstream movies and TV shows from The OC to Black Swan to Friends have had storylines involving same-sex hookups between straight characters: Sexuality can be murky.

New research out today in Archives of Sexual Behavior, given as an exclusive to MarieClaire.com, shows that the labels “gay” and “straight” aren't always definitive. Through a survey of more than 24,000 university students, researchers found that many people engaging in same-sex hookups identify as heterosexual. One in 4 women and 1 in 8.5 men in college whose most recent hookup was with a partner of the same sex consider themselves straight.

“Not everybody who has same-sex relationships is secretly gay,” says co-author Arielle Kuperberg, Ph.D., director of Undergraduate Studies in Sociology at The University of North Carolina at Greensboro, who has written extensively on student relationships. “There was a big disconnect between what people said their sexual orientation was and what their actions were.”

College is the time when sexual evolutions and experiments are likely to take place because students have often reached their sexual maturity, but not their emotional and economic maturity (as evidenced by the fact that many college students are in debt and making plenty of foolish decisions). “Hooking up is one way some young people try to get through the long period between their sexual coming of age and their achievement of educational, professional, and relationship success,” says Stephanie Coontz, head of the Council on Contemporary Families, which has published Kuperberg’s previous research on hookups.

One in 4 women whose most recent hookup was with a partner of the same sex identify as straight.

Kuperberg found that most people who identify as straight but have same-sex hookups are “experimenters:” students in college who want to try something new, without considering the experience something that changes their sexual identity. Others are part of a “performative bisexuality” group (primarily women, typically a low-level hookup, like kissing, in a public place), and a third set was made up of those whose sexual identity is in its early stages of evolving. These are people who may change their sexual identity with time and more experience.

“Queer” is how Kate Stayman-London would identify herself now, but when she was in college in the mid-aughts, she wasn’t sure about her sexual identity. She had dated men and women, and by her senior year at Amherst in Massachusetts, she had her first girlfriend. Yet she still wasn’t sure how to describe herself when coming out to her parents. “I told my dad and my stepmom that I was ‘mostly gay,’” says Stayman-London, now a writer living in L.A. “And I told my mom I was bisexual, and none of it felt like the right thing to say.”

But Kuperberg says there's a fourth group of college students in her data set: those who self-identify as conservative or have strong religious backgrounds, who may face additional social pressures to identify as heterosexual or struggle with internalized homophobia. 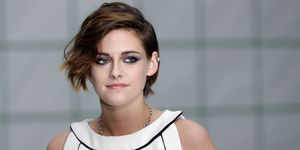 Nearly a Third of Millennials Identify as Bisexual 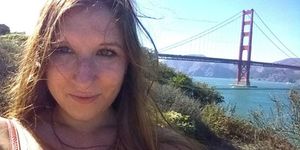 Sam Nitz knew he was gay in 6th grade, and even though he only dated and hooked up with men during his time at University of Wisconsin-Madison, he waited until his senior year to come out publicly. “I was involved in Boy Scouts at the national level, and back then in Boy Scouts you couldn’t be gay,” he explains. Nitz, now a political strategist in Washington, D.C., had been an Eagle Scout and a Section Chief in the Order of the Arrow, but felt that he lost election to be National Chief of the Order of the Arrow (the top youth position in the Boy Scouts) due to a whisper campaign about his sexuality.

Today, people looking to experiment with same-sex relationships have more options than he did, says Nitz, and more acceptance too. And of course, the Boy Scouts have since reversed their position too.

Less than half of Gen-Zers say they identify as completely heterosexual.

People do have freedom to experiment, and they shouldn’t feel confined to labels, says Alicia Walker, Ph.D., co-author of the study and an assistant professor of sociology at Missouri State University. Experimenting is an important part of a lot of people’s development, she adds. Walker believes that such rejection of labels is likely to increase, especially as Generation Z—less than half of whom say they identify as completely heterosexual—comes of age.

But for the curious college student, it’s important to realize that sexual identities can be fluid, rather than fixed. For a number of young adults, labels around sexuality don’t always correlate with their actions. And that if they do have questions about their sexual identities, they aren’t the only ones.

“You’re not alone,” Walker says. “Lots of people are going through this.”