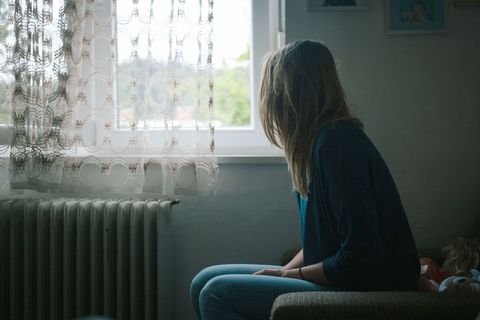 In March 2014, with little more than a gut feeling, I reported my suspicions that I had been sexually victimized as a child nearly three decades earlier to the Montgomery County, Maryland police.  A hunch wasn't enough to move forward with a case, so I participated in a phone sting during which the perpetrator confessed details of crimes that had gone on for years.  I walked into the police station and left with a label. I was Victim A.

While many people keep their experiences with sexual assault hidden for myriad reasons, I decided to speak up. The perpetrator in my case plead guilty and is now in prison. While his sentencing was cathartic, and I received a lot of support from friends, family, and total strangers, I certainly got a few responses that did more harm than good.

Learn from my experience. If someone you know goes through what I went through, please don't say:

1. Any statement that begins with "at least."

There is no mitigating the horror and pain of a sexual assault by comparing it with another worse crime. "At least you've learned how to function." "At least" statements ignore the victim's present pain.

2. Any question that begins with "why."

I got a lot of "why" questions. They inevitably put the victim on the defensive. "Why did you wait so long to report?" "Why were you still in touch with the perpetrator?"

3. "Have you forgiven your perpetrator?"

This question is unhelpful because it implies that that is a noble and natural event in the life of a victim. It isn't. It is okay to forgive and it is okay not to forgive, but even asking that question implies that forgiveness is a step all victims will reach. It doesn't work that way, and it doesn't need to.

I was asked this question several times. I don't have many clear memories of the attacks, and I certainly wasn't interested in articulating a salacious, violent, degrading story.

Again, this implies fighting back would have been a normal response. When it comes to rape, nothing is normal. Many victims become paralyzed and are unable to protect themselves during the attack.

6. "What happened to the perpetrator?"

My perpetrator is in prison, but many victims choose not to report and do not keep tabs on their rapists.

There are no guarantees in life, and there are no quick fixes for the aftermath. It might never be okay. A victim might always suffer from nightmares, fear, flashbacks, and numbness. The world might never feel safe again. While there are ways of working through the trauma, there is no way of knowing it will really be okay.

The only person who has a choice in whether or not someone becomes a victim is the perpetrator. Encouragement to "live as a survivor" requires the victim to deny their reality. A victim is someone harmed by a crime, and rape is a crime that harms many men and women each year.

Finally, many victims of sexual assault live anonymously. There is no way of knowing who among us is a victim. Using the word "victim" derogatorily stigmatizes a word that should simply mean "someone harmed by a crime." When the police labeled me Victim A, I instantly felt a sense of shame because of all the negative connotations society has placed on a very neutral word that has more to say about the perpetrator than the person being harmed.

So what *should* you say?

Sometimes the best way to show you care is just to listen. The victim will feel heard, understood, and accepted if you approach communication as an opportunity to connect, not gather information, ask questions, or make judgments. Repeating what you hear the victim say, validating the emotions he or she expresses, and simply being physically present are all extremely helpful things.