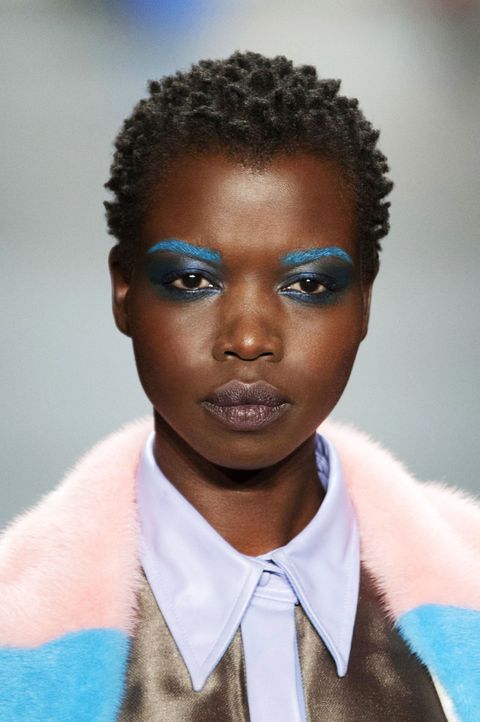 Over the past year, microblading has taken Instagram (and celebrity eyebrows) by storm. It's impossible to have missed the countless videos of flawless brows created with short, precise strokes streaming across your feed. I was instantly mesmerized by the natural look and, for the sake of my eyebrow game and beauty research to impart on the world, I decided to dive in.

My eyebrows have never been a problem, but they required ten minutes of pencil and gel every morning to reach peak fleek-ness. After years of waxing there wasn't much I could do to make them grow. While I worked hard to perfect my own eyebrow beat, microblading quickly became the beckoning call to upgrade it all together.

The technique is not new, but has only become popular in the Western Hemisphere over the past two years. Prior to that, women across Asia indulged in this particular form of eyebrow artistry for upwards of 25 years before it spread to Russia and the rest of Europe. The results can last up to two years with minimal maintenance and is a more natural-looking alternative to traditional permanent makeup. Julia Anne Milin of Brow Design International and New York's microblading guru studied extensively in Serbia, Asia, and Korea before returning to America and honing her talents for all eyebrow patterns and skin types. She walked me through the process from basic brow to microbladed goddess.

First, I underwent a consultation to ensure I was a good candidate for microblading. Because the treatment is a form of permanent makeup (and essentially a face tattoo), it's extremely important there are no complications. Julia advises against the service for individuals who are currently undergoing chemotherapy, are pregnant, or have taken Accutane in the past year.

I'm a match! Now it's time to microblade.

When I arrived at Julia's studio in lower Manhattan I was nervous. Regardless of the fact I have seven tattoos, they are all relatively hidden and eyebrows are as sacred as the hair growing from your head. Luckily, I was in very good, very steady hands.

Julia used a waterproof marking pencil to draw on the new shape of my brows and plucked the stray hairs for the perfect outline.

Then, it was go time. Contrary to traditional tattooing, microblading uses a small hand tool with micro-needles at the end to precisely deposit pigment underneath the first layer of skin. The manual tool allows the artist to create exact strokes mimicking natural hairs. "I follow the natural shape of the eyebrows," Julia says. "I let [the client's] brows tell me what to do."

On the first pass, Julia went over the outline with a custom mix of high-quality pigment to match my skin and hair. Because the pigment heals cool-toned, microblading artists must have a thorough knowledge of color theory to accurately match color to client.

Because I know you're wondering about pain, let me quickly quell your fears. The sensation of microblading is a light scratching with modest discomfort. On the pain scale of 1-10 I'd give it a 4.5. Highly bearable and easier than any tattoo (or honestly, any bikini wax) you're currently considering.

On the second pass, Julia applied anesthetic cream 🙌. I genuinely felt nothing as she filled in the strokes and almost fell asleep under the needle.

Two hours later and my new brows were done! Julia advised that at first they would appear sharp and dark but would begin to fade over the first two weeks to a natural, sans-makeup look.

The next day at work. I'm thoroughly obsessed and receiving countless comments on my brows.

There is always after care that comes with a tattoo, and microblading is no different. For the first 7 to 10 days I wiped by brows with distilled water at least twice a day and followed with a light layer of Aquaphor. You may see small amounts of pigment on the cotton pad, but this is a natural part of the healing process. You'll also notice that the strokes fade quickly in the first day or so, with it continuing to heal for a bit more than a week.

And yes, wiping several times a day was tedious and there were bouts of itchiness where I used all my willpower to keep my fingers away from by face, but with no pain there is no gain. Or something.

I'm still a week away from enhancing the look with my favorite brow pencil, but I couldn't be happier with the results. Most likely, my Anastasia Beverly Hills Dip Brow will see decreased used over the course of the next two years.

Triple thumbs up for microblading. The process was relatively painless and the results mind-blowing. However; this service is typically priced between $700 and $1200 and does last for up to three years—so you need to do your research and make sure you're going to a *pro*. But once you microblade, you might never go back.