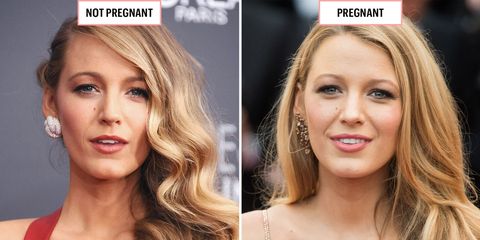 For all the puking and, uh, tearing, the one supposed upside of the whole carrying-a-parasite-in-my-womb deal is The Glow, that otherworldly illumination that allegedly comes from bringing a new life into this world. Real? Mythical? Does it even matter if you get a little bundle of joy out of it? Make up your mind ahead. 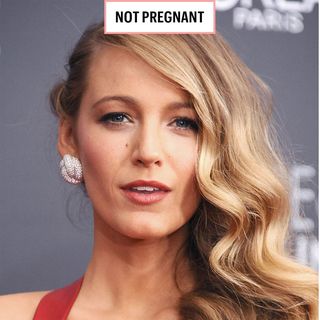 Advertisement - Continue Reading Below
Bridget Burns I'm the Digital Visuals Editor for Marie Claire and I help pick the most interesting, relevant and prettiest photos for our site.
This content is created and maintained by a third party, and imported onto this page to help users provide their email addresses. You may be able to find more information about this and similar content at piano.io
More From Beauty
The Foundation Brushes the Pros Are Obsessed With
Found: SPF Sprays That Make Sun Protection Easy
Advertisement - Continue Reading Below
Drew Barrymore Thinks Balance Is an Elusive Bitch
The Must-Have Products for Air-Drying Your Hair
5 Planet-Friendly Products To Try This Summer
Created for From Marie Claire for Created by Marie Claire for
Australian Gold
Setting Powders for Your Vaxxed Girl Summer
Yes, LED Face Masks Work, and Yes—You Need One
24 Hours with Kate Winslet
How to Get The '70s Hair That's All Over TikTok
Katharine McPhee’s Confidence-Boosting Rituals
Created for From Marie Claire for Created by Marie Claire for
European Wax Center