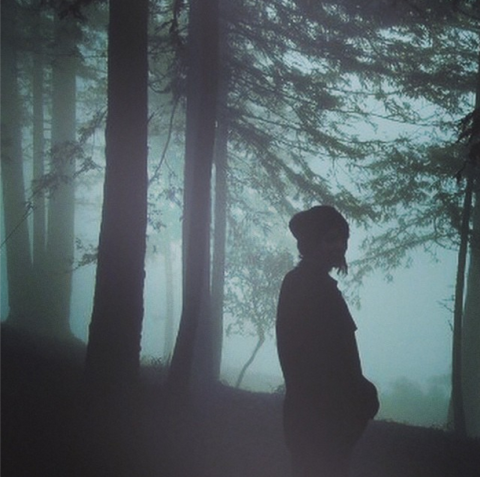 Taylor Swift has been teasing the second offering off her forthcoming album 1989 for days on Instagram. Much to T. Swift fans' delight, "Out of the Woods" finally dropped at 12am this morning.

The song encompasses a totally new, decidedly darker sound, where a drum track replaces her signature pop-country guitar riffs. Swift wrote the single with Jack Antonoff (of fun. and more recently Bleachers fame) and described her inspiration, "This was a relationship where I was kind of, living day to day, wondering where it was going, if it was going to go anywhere, if it was going to end the next day." The synth-y, uniquely '80s-inspired production "sounds exactly like that frantic feeling of anxiety and questioning" in a fragile relationship, the Swift told Good Morning America.

Rumor has it that the lyrics center around her much-publicized relationship with Harry Styles, which begs the question — when did he get 20 stitches from an accident in the woods? How on Earth did we not hear about it? Scar Search 2014 officially begins now. Click below to listen to "Out of the Woods" and don't miss Swift's new album, out October 27th.

This content is imported from YouTube. You may be able to find the same content in another format, or you may be able to find more information, at their web site.
This content is created and maintained by a third party, and imported onto this page to help users provide their email addresses. You may be able to find more information about this and similar content at piano.io
Advertisement - Continue Reading Below
More From Celebrity
Halle Berry Stuns in a Backless Swimsuit
The Best Celebrity Halloween Costumes of All Time
Advertisement - Continue Reading Below
'Friends' Will Be Reimagined With All-Black Cast
Katie Holmes and Emilio Vitolo Held Hands in NYC
Yara Shahidi's "Voter" Barbie Doll Is Re-Released
How the Queen Triggered the Sussexes' Departure
Jennifer Lopez Debuts a Short Curly Bob
Hilary Duff's Husband Got a "Hilary" Butt Tattoo
Prince Harry Supports the Gurkha Welfare Trust
Luna Helped Mom Chrissy Teigen Wash Her Hair