Time magazine’s Person of the Year honors the “Silence Breakers,” the women who are speaking out about alleged sexual harassment and assault. As part of the issue, Taylor Swift took part in a rare interview and spoke out for the first time about her sexual assault trial, which took place in August. 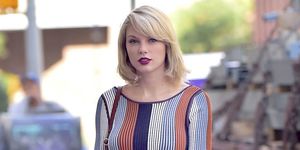 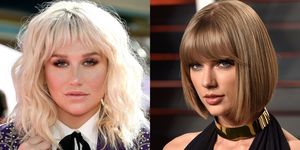 Swift alleged radio DJ David Mueller reached under her skirt and grabbed her rear end while they took a photo together in 2013. She reported him privately to the company, Mueller was fired, and Mueller sued her for defamation. Swift countersued, claiming Mueller did commit the assault and should be punished "to serve as an example to other women who may resist publicly reliving similar outrageous and humiliating acts."

She took the stand on August 10 to testify against him, after days of Mueller’s lawyer questioning her colleagues and loved ones. “My mom was so upset after her cross-examination, she was physically too ill to come to court the day I was on the stand. I was angry,” she said. “In that moment, I decided to forego any courtroom formalities and just answer the questions the way it happened.”

That led to a blunt testimony that immediately went viral. For example, when asked why the front of her skirt didn’t look wrinkled in the photo, she replied, “Because my ass is located at the back of my body.” Swift later says she didn’t feel like mincing words on the stand. “This man hadn’t considered any formalities when he assaulted me, and his lawyer didn’t hold back on my mom—why should I be polite?” she said. “I’m told it was the most amount of times the word ‘ass’ has ever been said in Colorado Federal Court.”

“This man hadn’t considered any formalities when he assaulted me, and his lawyer didn’t hold back on my mom—why should I be polite?”

Swift ended up winning the case, and Mueller was ordered to give her a symbolic $1. “To this day he has not paid me that dollar, and I think that act of defiance is symbolic in itself,” Swift said. In the meantime, Swift has personally donated money to charities that support sexual assault victims, like Mariska Hargitay’s Joyful Heart Foundation.