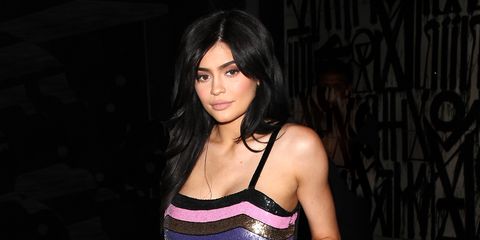 Aside from some major baby news, Monday's special episode of Keeping Up with the Kardashians revealed a shocking update about reportedly pregnant Kylie Jenner: One of her employees tried to take a photo of her—presumably with the intent to sell.

Kris Jenner got a call from Kylie during the episode, who explained that an employee tried to snap a photo of her while she was hanging in her kitchen, trying to enjoy the privacy of her own home.

"There's always somebody that's trying to exploit the certain situation, and to have somebody in her own home trying to snap pictures they shouldn't be snapping is really, really stressful," Kris said. "You want to be able to trust the people that you're surrounded by, but we have to really be on alert at all times, and that's extremely upsetting when you feel like you can't be in your own bedroom or bathroom."

This certainly explains Kylie's lack of participation in the family Christmas card, as well as her avoidance of the public eye in general. Oh, and if you're wondering what happened to the employee, Kris contemplated having them "arrested."