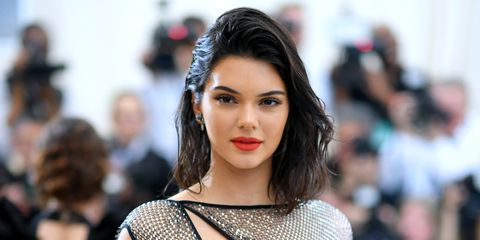 If you keep up with the Kardashians, then you've probably heard rumors that Kendall Jenner is secretly gay. There's a corner of the internet dedicated to proving that Kendall is a lesbian, pointing to her close friendship with Lauren Perez and her falling out with Cara Delevingne (which some believe was a romantic breakup).

Kendall has always stayed quiet about these rumors—until now. In a new interview with Vogue, the model finally addressed them.

"I don’t think I have a bisexual or gay bone in my body, but I don’t know! Who knows?! I’m all down for experience—not against it whatsoever—but I’ve never been there before," she said.

Kendall went on to talk about having a masculine energy. "Also, I know I have kind of a...male energy? But I don’t want to say that wrong, because I’m not transgender or anything. But I have a tough energy. I move differently. But to answer your question: I’m not gay. I have literally nothing to hide. I would never hide something like that."

That settles that then.