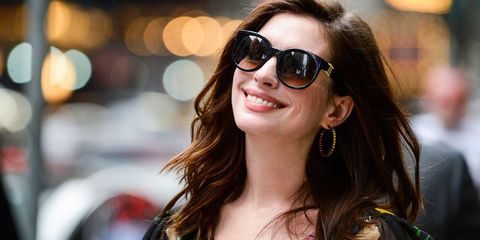 Like many people who live life in the public eye, Anne Hathaway is no stranger to internet hate. Now, the actress is taking preemptive action against haters and trolls as she bulks up in preparation for an upcoming film role.

"I am gaining weight for a movie role and it is going well," Hathaway captioned a video highlighting her impressive (and tiring) new exercise routine. "To all the people who are going to fat shame me in the upcoming months, it’s not me, it’s you."

The video is sped up and shows what appears to be a very long and grueling workout, which Hathaway takes like a champ.

"I wanted to set this to Queen’s 'Fat Bottomed Girls' but copyright said no. Continued peace," she added at the end of her caption.

Hathaway didn't specify which film she is gaining weight for, but her reported upcoming projects include the sci-fi thriller O2, an adaptation of the Joan Didion novel The Last Thing He Wanted, and a remake of Dirty Rotten Scoundrels with Rebel Wilson. 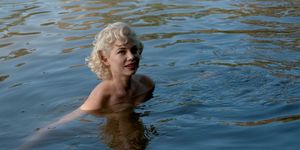 Craziest Things Actors Have Done to Prep for Roles
Kayleigh Roberts Contributor Kayleigh Roberts is the weekend editor at Marie Claire, covering celebrity and entertainment news, from actual royals like Kate Middleton and Meghan Markle to Hollywood royalty, like Katie Holmes and Chrissy Teigen.
This content is created and maintained by a third party, and imported onto this page to help users provide their email addresses. You may be able to find more information about this and similar content at piano.io
Advertisement - Continue Reading Below
More From Celebrity
What Happens on Katie's Season?
Ben Affleck Had Dinner With J.Lo and Her Kids
Advertisement - Continue Reading Below
Jessica Biel Talked "Secret COVID Baby" Phineas
Katie Holmes Paired Baggy Jeans With a White Tank
Why Rachel McAdams Turned Down 'Devil Wears Prada'
Did the Queen's Brooch Send a Message?
Jennifer Lopez and Ben Affleck: Everything We Know
A Look Back at Gwen Stefani & Blake Shelton's Love
Beyoncé Celebrates Twins Rumi and Sir Turning 4
Katie Nails Casual Cool in Jeans, Tee, and Loafers